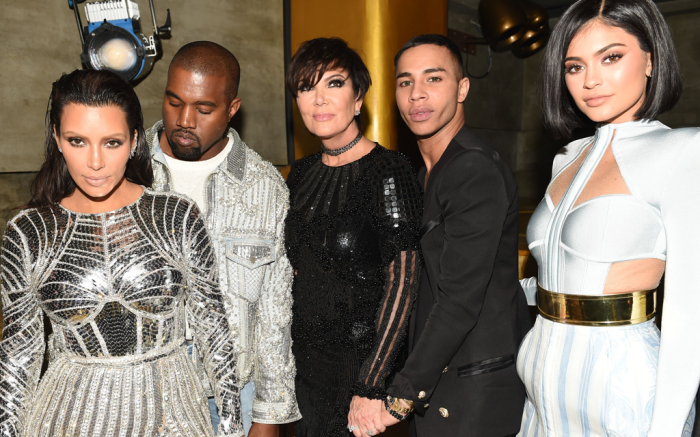 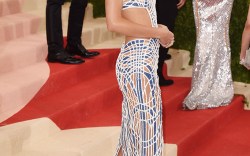 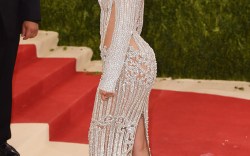 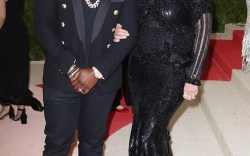 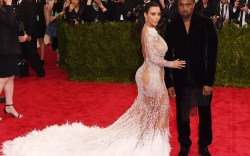 It was the photo crop seen ’round the world, and the Kardashian family has been making Met Gala history ever since.

In 2013, Vogue.com famously cropped then Kim Kardashian out of Kanye West’s Met Gala Best Dressed photo. And whether it was for a rumored feud with Anna Wintour or because she simply didn’t make the best-dressed list, this made headlines.

Kardashian — who was pregnant with North West at her first Met Gala in 2013 — also made headlines for that Givenchy floral maternity gown made by Riccardo Tisci. The look received mainly negative reviews, but the designer defended Kardashian and the dress, telling WWD at the time, “People can say what they want. To me, pregnancy is the most beautiful thing in the world, and when you celebrate something, you give people flowers. I think she looked amazing. She was the most beautiful pregnant woman I dressed in my career.”

Fast-forward three years later and Kardashian and her now husband were named Vogue’s best-dressed couple at the Met Gala in 2016. There, they matched in Balmain ensembles, with Kardashian opting for Tom Ford shoes.

It was a Balmain affair last year as the label’s creative director Olivier Rousteing also dressed Kardashian matriarch Kris Jenner, as well Kylie Jenner, who made her Met Gala debut.

The only family member seen at the 2016 Met Gala not in Balmain was Kendall Jenner. Instead, she chose a cut-out Versace gown.

This look was much different from her first Met dress, in which Kendall donned a Topshop gown in 2014. That year she joined models Chanel Iman, Toni Garrn, Jourdan Dunn and actress Zoë Kravitz on the red carpet, all wearing Topshop.

Stay tuned for more coverage on May 1, and click through the gallery below to see more Met Gala red carpet moments from the Kardashian and Jenner family through the years.