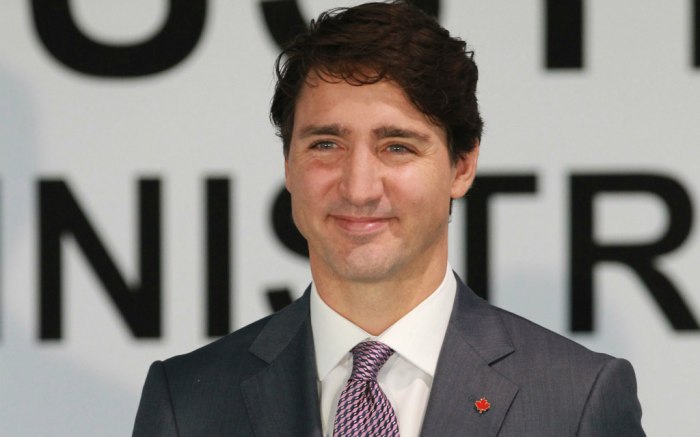 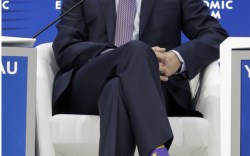 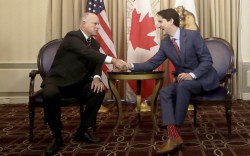 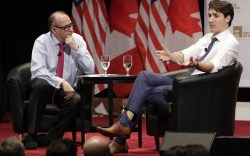 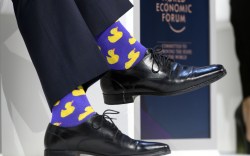 Justin Trudeau showed off a whole new side for Halloween last night.

The Canadian prime minster hit the streets in Ottawa for a little trick-or-treating with his wife, Sophie, and three young children, Ella-Grace, Xavier and Hadrien. A bespectacled Trudeau was dressed as Superman’s alter ego, the introverted journalist Clark Kent.

Prime Minister Justin Trudeau and son Hadrien looked like they were having a blast trick-or-treating today! 🎃 Photo: CP

Sporting slicked-back hair, he wore a navy suit, a patterned red tie and a white dress shirt that was unbuttoned at the top to reveal a Superman logo underneath. He topped off his look with a pair of spiffy brown oxford shoes.

Trudeau — who is mourning the recent death of his friend and music legend Gord Downie of the Tragically Hip — looked to be in good spirits as he enjoyed a fun night out with his family. The 45-year-old is clearly a big fan of the Halloween holiday, last year dressing up as a pilot from the popular French children’s book “The Little Prince.” During his first year in office, he stepped out as Han Solo from “Star Wars.”

The Canadian leader previewed his Clark Kent costume earlier in the day during an appearance at the House of Commons. As he descended the stairs to greet the pool of awaiting staff members and journalists, he ripped open his shirt to show off the Superman costume hidden underneath, quipping in both English and French that although it’s a big shock to see a prime minister dressed as a reporter, “you gotta do it.” Watch the video here: