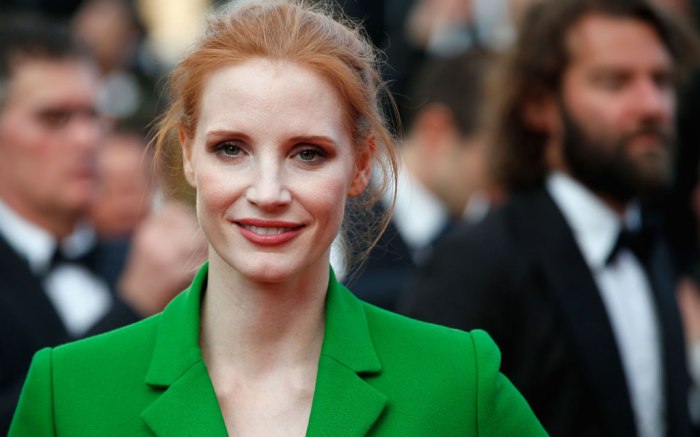 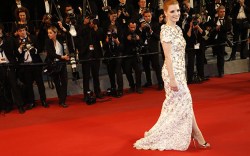 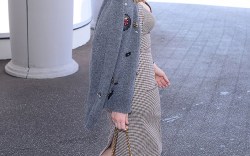 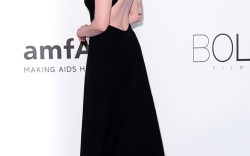 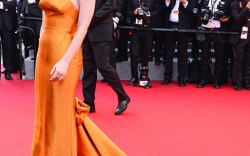 Jessica Chastain made headlines while at the 2017 Cannes Film Festival, and though her fashion statements were quite memorable, it was her words on the depiction of women in film that went viral.

“I’ve watched 20 films in 10 days, and I love movies. And the one thing I really took away from this experience is how the world views women from the female characters that I saw represented. And it was quite disturbing to me, to be honest,” she said during a press conference on Sunday. “I do hope that when we include more female storytellers, we will have more of the women that I recognize in my day-to-day life — ones that are proactive, have their own agency, don’t just react to the men around them. They have their own point of view.”

Chastain served on the jury for the film festival and made many appearances over the course of the nearly two-week event. Thanks to celebrity stylist Elizabeth Stewart, the actress came prepared with many glamorous looks — most memorably that emerald-green Dior dress.

Chastain wore the custom silk dress and coat, inspired by one of Maria Grazia Chiuri’s designs from her first couture collection for Dior, at the premiere of “The Meyerowitz Stories.” She paired the ensemble with Giuseppe Zanotti sandals.

Chastain also wasn’t afraid to ditch the dress; she opted for suits on multiple occasions.

Click through the gallery to see her memorable red carpet fashion moments at the 2017 Cannes Film Festival.