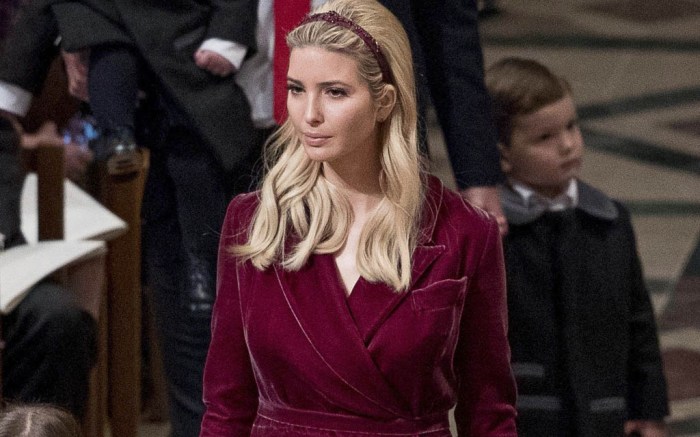 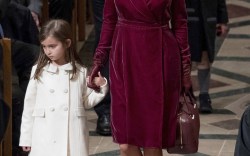 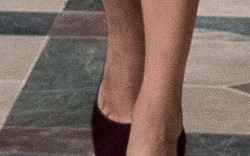 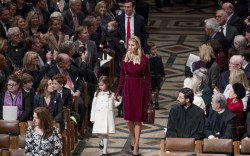 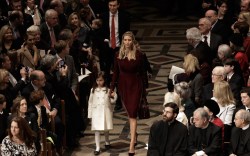 The sleek style parade continued today for Ivanka Trump — all the way to church.

For the National Prayer Service in Washington, D.C., she popped with color among demure hues when she arrived at the National Cathedral in a head-to-toe burgundy ensemble.

The entrepreneur looked elegant alongside her husband, Jared Kushner, and their children, dressed in a velvet wrap dress coat teamed with matching suede heels. Her bag, hair accessory and gloves matched the color, too.

Of course, the businesswoman is fond of her namesake label, so it would be no surprise if her pointed-toe heels were her own design. If so, they’re currently available at a bargain price.

Brand Ivanka’s “Kayden” suede pumps are produced in the same color and feature a 4.25-inch heel. They originally retailed for $130, but are on sale for $49.97 on Nordstromrack.com. A similar “Carra” style in leather is available for $135 on Zappos.com.

In an ABC “20/20” interview, the businesswoman said it was an “emotional” decision to go on hiatus from running her brand while pursuing her personal passions alongside her father.