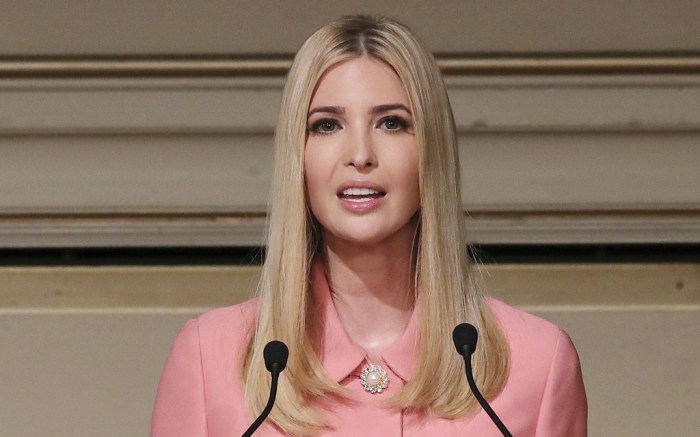 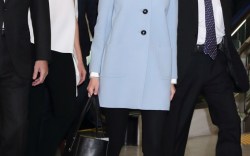 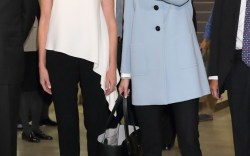 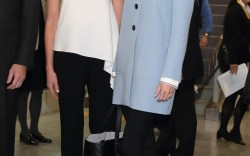 Ivanka Trump has been in Japan for just two days, but she’s already shown a clear theme with her outfits for the trip. Two of her three outfits have included bow-adorned footwear, while her other outfit featured a dress with a bow-tied sash and sleek black pumps.

Trump began her trip with her arrival at Narita International Airport, for which she sported a chic blue Miu Miu coat with a white collar, paired with sleek black trousers and a handbag from her eponymous line. The star of the airport look was Trump’s footwear: Tory Burch flats with dramatic bow detailing.

Continuing the bow theme later that day, Trump spoke at the World Assembly for Women in a blush pink Miu Miu skirt suit with faux pearl embellishment, which she paired with 2.5-inch Prada pumps with delicate bows on top.

Trump ditched the bow-adorned shoes for dinner with Japanese Prime Minister Shinzo Abe Nov. 3 — she opted for classic balck pumps sans detailing — but kept the bow trend going with a Johanna Ortiz kimono that tied at the waist with a velvet bow.

Check out the gallery of Ivanka Trump in Japan.

See Ivanka Trump During Her ‘Punk Phase’ and Modeling Career