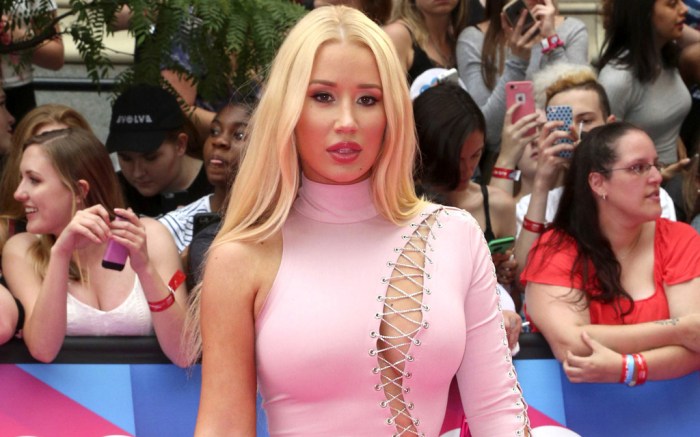 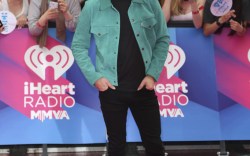 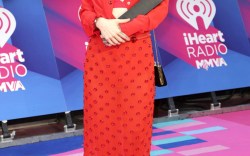 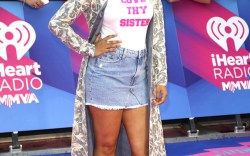 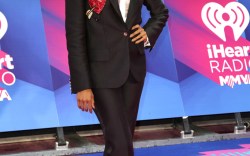 Joe Jonas and Alessia Cara were the hosts of the 2017 iHeartRadio Much Music Awards in Toronto on Sunday. The two seemingly didn’t garner as much buzz for the show as last year’s host, Gigi Hadid, who also happens to be Jonas’ ex-girlfriend. At that show, Hadid changed outfits five times for her appearances on stage and wore trendy Yeezy heels and Rihanna x Manolo Blahnik boots.

The style statements definitely weren’t as dramatic as 2016, but there’s still a few worth noting. Grimes was the most on-trend star in a head-to-toe red outfit that was completed with a pair of over-the-knee red leather boots.

Iggy Azalea turned the most heads in a cut-out, lace-up pale pink gown and a pair of beaded metallic sandals. Camila Cabello and Shay Mitchell both opted for summery sheer white dresses and sandals, while Martha Hunt and Kat Graham completed their sleek black ensembles with simple black pumps.

Although she didn’t walk the red carpet, Lorde performed at the show wearing Adidas Superstar sneakers — she won International Artist of the Year.

Click through the gallery to see more from the red carpet.

Celebs on the Red Carpet for ‘Transformers: The Last Knight’ London Premiere