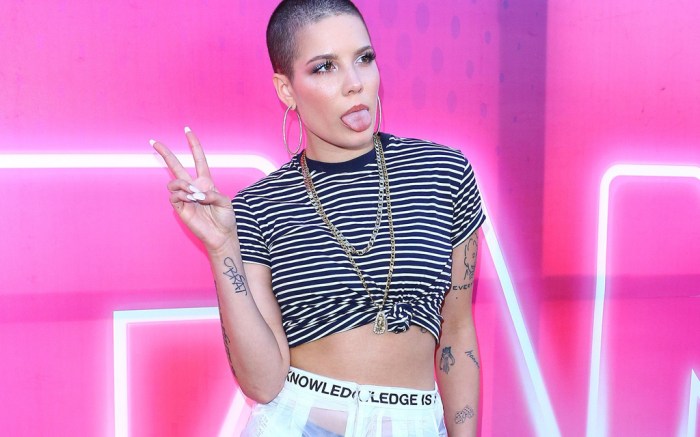 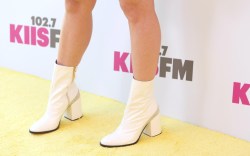 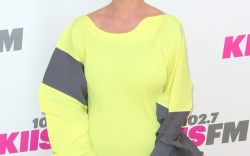 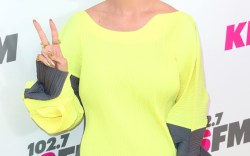 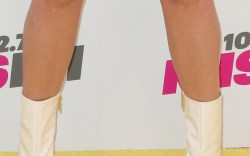 Halsey made a cheeky style statement when she arrived on the red carpet Saturday at the 2017 Wango Tango concert in Los Angeles.

The “Now or Never” singer posed for photos in see-through trousers that were emblazoned with “knowledge is sacred” around the waistline and on the pant legs. Her underwear was visible — a thick white brief-cut silhouette on display under the pants.

Halsey completed the look with another attention-getter, a pair of pink platform ankle boots that featured large block heels and buckles.

The ensemble was one of the most striking among the concert lineup, which included performers Katy Perry, Niall Horan, the Backstreet Boys, Machine Gun Kelly with Camila Cabello, Zeddd and Noah Cyrus.

Recently at the iHeartRadio Music Awards, Halsey stepped out in another very edgy look that incorporated a belt styled like a bralette. The entertainer’s stylist is Maeve Reilly, who also counts Hailey Baldwin as a client.

Click through the gallery to see more celebs on the 2017 Wango Tango red carpet.

10 Celebrities Who Are Embracing the No-Pants Trend