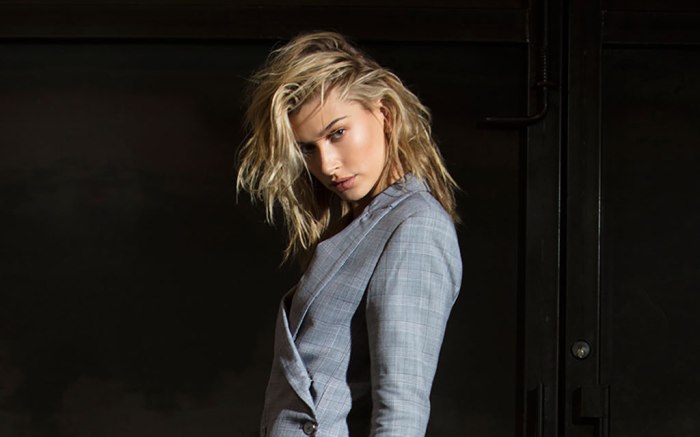 “There’s some things I won’t do,” Hailey Baldwin told FN this month. The model, who will be honored with the Style Influencer of the Year at the Footwear News Achievement Awards tonight, has a bold aesthetic, but she does have some fashion restrictions.

And though she has some limits when it comes to her ensembles, Baldwin says she feels no pressure to follow certain trends. “I don’t really care,” she added. “I just think [about being] comfortable with whatever I’m doing, then that’s fine.”

On looking back on past outfits, she said: “There’s some things I’ve seen, and I’m like, ‘Ya, that’s definitely never going to happen again. That was a fail.’ I learn as a I go. You can’t get it right every time. That doesn’t exist.”

This year, one of her favorite red carpet moments was at the 2017 MTV VMA Awards. “I wore this beaded Zuhair Murad crystal jumpsuit. It was rad. I loved it,” she said.

Watch the video below to see Baldwin talk more about today’s hottest trends.