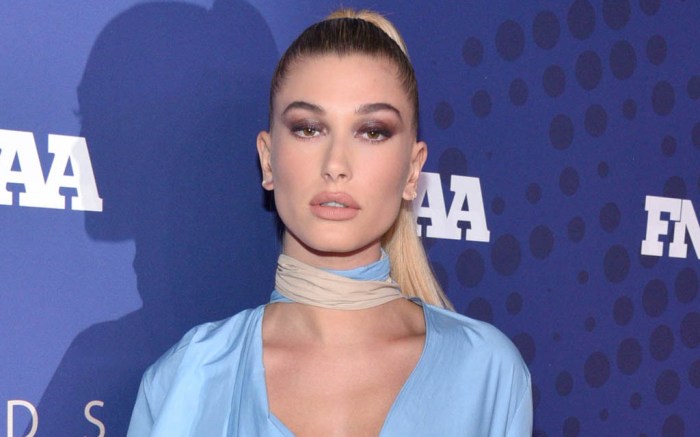 Hailey Baldwin has been praised for her sense of style, but the model admits to getting inspired by other fashion influencers — namely Victoria Beckham.

“My friends always joke with me that my style as a person would be an ‘expensive wife,’ but not really because I’m also like 12,” she laughed. “[Beckham] is the definition of an ‘expensive wife.’ She’s chic and cool, and she just crushes life,” said Baldwin. “I’m obsessed with her style.”

The model, who was on hand with Footwear News for her own cover shoot and interview this month, also noted that Rihanna gives her inspiration.

“There’s something cool about admiring others people’s style and it giving them ideas. I would contribute that everywhere I travel for my job definitely affects my style. I look at other people,” she said. “That’s what’s cool about street style.”

Baldwin’s own career in fashion is thriving. She’s recently walked in major fashion shows for top houses including Dolce & Gabbana and Tommy Hilfiger, she received FN’s Style Influencer of the Year award last night in New York, and she’s fronted multiple campaigns for brands such as Guess, Topshop and Adidas.

Next up, Baldwin’s big goal for 2018 is to land her first Vogue cover.

“I have a list,” she said on her career ambitions. “There are things I’ve already ticked off, and more will come with time.” But at the end of the day, Baldwin is also looking for a sense of normalcy. “My whole thing is that I want to get married and have kids and have a cute house — I’ve always said. That’s long-term.”

Click through the gallery below to see photos from Baldwin’s FN cover shoot. Check out the exclusive video below to hear more from Hailey on being part of a famous family, her fashion faves and her fashion girl crush, Victoria Beckham.