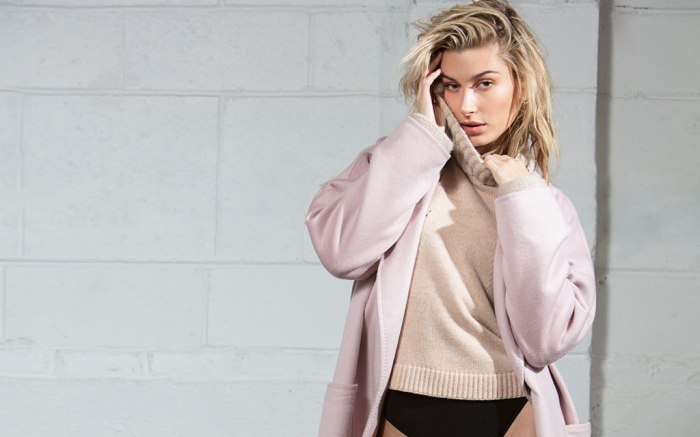 Hailey Baldwin is officially 21, and the model has much to celebrate. On top of her big birthday, FN will be honoring the young model as the Style Influencer of the Year at the Footwear News Achievement Awards next week.

And just a few days before her birthday, FN caught up with the model in Brooklyn for her exclusive cover shoot, and she let us in on how she feels to be turning 21.

“I can’t wait until someone asks me to see my ID and I’m like, ‘Yes!'” she said. “I’m just going to have a big dinner with friends and go out here in New York. I can’t wait.”

Over the past year, Baldwin has become a standout as a fashion influencer — making her an easy choice for the award — as she has elevated typical streetwear ensembles by pairing them with luxury designs.

Last week on set, Baldwin opened up on what she thinks of her style and the thought process behind her looks as she was photographed in shoe designs by Alexandre Vauthier, Tabitha Simmons, Stuart Weitzman and Adidas.

She said, “I don’t think I have one signature look. I like boys’ clothes, and I like incorporating that. There’s something super-cool about a pretty girl who can put on a baggy pair of jeans and heels, and have this sexy tomboy vibe.”

Baldwin, who feels no pressure to follow trends, has a fearless approach to fashion that’s always keeping us guessing.

“It’s just about not being afraid to mix things together,” she explained. “Being comfortable is really important. Even if I’m in heels, I make sure I’m in sweats or not something that’s super-tight from top to bottom. I also like doing something really simple, such as wearing a minidress with thigh-high heels because I like that ’90s long-leg vibe.”

The FN Achievement Awards are set for Nov. 28 at the IAC Building in New York.

In the meantime, click through the gallery below to see more looks from her FN photo shoot.