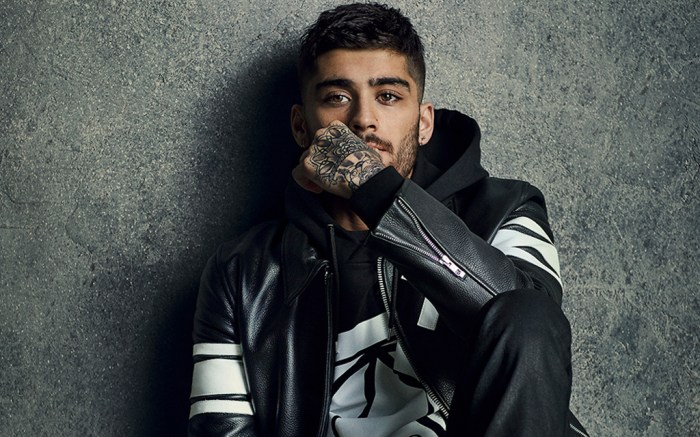 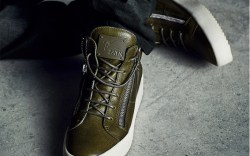 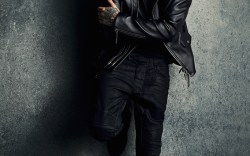 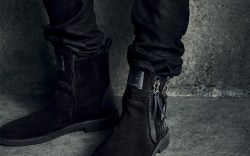 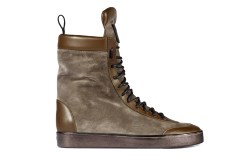 News broke last summer that singer Zayn Malik would be collaborating with Giuseppe Zanotti, and now we’ve got a closer look at the shoes. The men’s capsule collection — which launches this month — includes four styles including two boots and two sneakers.

The offering, which ranges from $795 to $1,295, channels Malik’s rugged streetwear vibe. For instance: The suede and leather Javaad style, a sneaker-boot hybrid, is inspired by the classic boxing boot silhouette. Meanwhile, the olive green Taz sneaker is more casual with lateral zips and a “Giuseppe for Zayn” embossed logo plate (which are on all the shoes as well).

“I really believe style comes from taking chances, being bold and not being afraid to express yourself,” said Malik of the collection. “I feel Giuseppe does that with his collections — and I try to do that with my music. So when the idea came up to collaborate, I thought, ‘Yes, this would work.’ ”

“Zayn is a fashion icon, truly,” added Zanotti. “It’s who he is; it’s not fake. Just as his music is soulful, his style is natural. His whole approach is contemporary, an easy coolness with the right amount of modern rebel.”

Zanotti has been ramping up its collaboration efforts. In addition to the new partnership with Malik, the footwear designer also teamed up with singer-actress Jennifer Lopez on a series of stiletto heels, which also launch this month. Lopez even gifted a pair to Kylie and Kris Jenner.