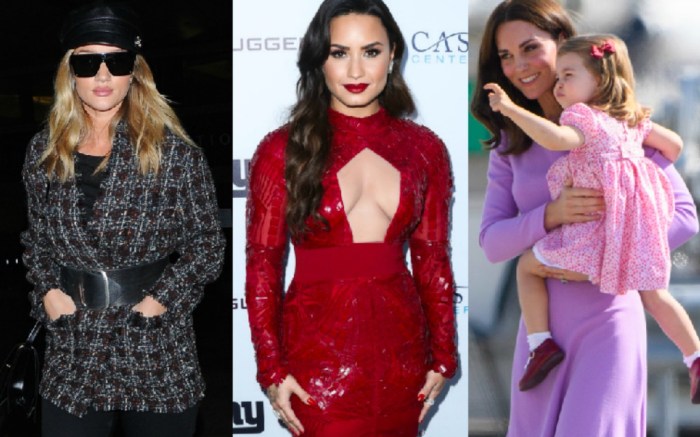 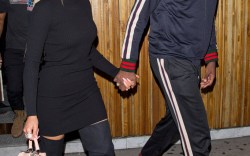 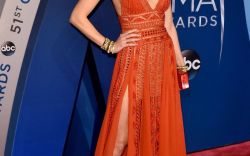 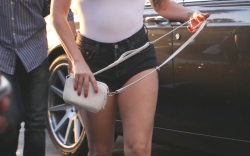 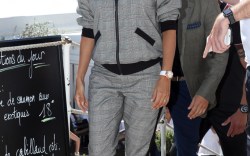 Gianvito Rossi is having quite a year. In addition to opening new branded boutiques and shop-in-shops, the Italian footwear designer continues to be a red carpet and celebrity favorite.

And this month, he will be honored at the FN Achievement Awards with the Designer of the Year honor, for his elegant yet imaginative creations.

The stunning styles appear on the feet of A-listers everywhere, from the Duchess of Cambridge to pop stars and supermodels. Below are six stars who constantly show support for Rossi.

Demi Lovato, for one, can regularly be seen sporting his looks. Most recently, the “Tell Me You Love Me” singer hit the red carpet at the InStyle Awards rocking glittery PVC pumps paired with a lavender Alice + Olivia spring ’18 gown. The former Disney starlet is also a big fan of Rossi’s Portofino sandal.

Karlie Kloss can often be seen wearing strappy styles from the designer, like the nude Carlyle sandals she wore to the CMA Awards last Wednesday.

Kate Middleton often opts for pumps from the designer for the many appearances she makes as a part of the royal family. Simple pointy suede styles in black and nude are usually the duchess’ go-to.

As for Eva Longoria, the former “Desperate Housewives” star recently wore Gianvito Rossi’s black Portofino sandals three times in a row for different events during the first week in November.

And finally, Rosie Hungtington-Whiteley is fan of the designer’s work and has even taken to Instagram to capture her looks completed by his pumps, boots and sandals.

To see more celebs who love rocking Gianvito Rossi, check out our gallery.

This marks the 31st year of the FN Achievement Awards, often dubbed the “Shoe Oscars” of the footwear industry. The much-anticipated event will be held on Nov. 28 at the IAC Building in New York and will honor the brightest stars of the business. Among them: Company of the Year Steve Madden, Collaborator of the Year Ronnie Fieg and Style Influencer of the Year Hailey Baldwin. Additionally, Stan Smith will receive the Manolo Blahnik Lifetime Achievement Award, and the crown for Shoe of the Year will go to Virgil Abloh’s Air Jordan 1.

This is the second time Rossi has been named FN’s Designer of the Year. He took home the award in 2013.