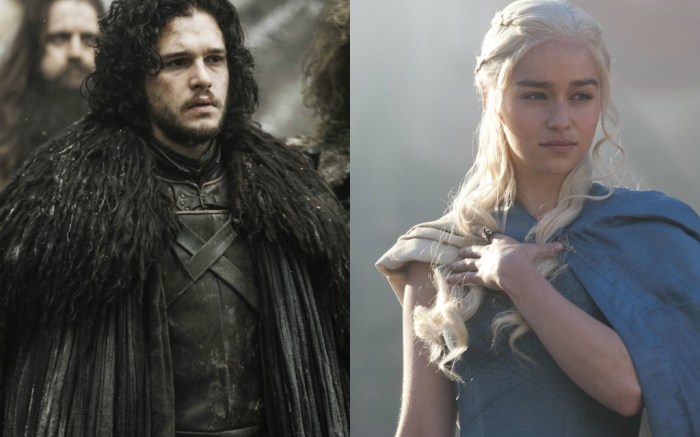 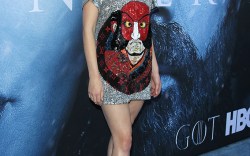 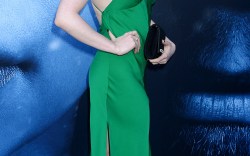 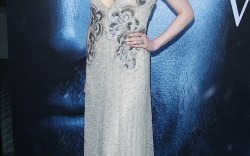 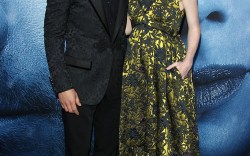 In its seventh season, two of the most popular stars of the hit HBO show “Game of Thrones” will come face to face at last.

To celebrate the long-awaited meeting between the King in the North and the Mother of Dragons, FN is taking a look at some of the actors’ best shoe style moments to date.

Last year at CinemaCon, Emilia Clarke made a bold shoe choice, opting for Kurt Geiger Siene pumps from the spring ’16 collection. The 30-year-old actress paired heels with a plunging bright red suit for the occasion.

Also last year — at the London premiere of her film “Me Before You” — Clarke donned chic silver metallic sandals with a flirty frock from Russian designer Ulyana Sergeenko.

Then at the 2016 Film Independent Spirit Awards, the “Game of Thrones” actress donned ultra-pointed white kitten heels with a a sequin-embellished Michael Kors dress.

As for Harington — who recently proposed to his on- and off-screen love interest Rose Leslie — he has been spotted lately showing off his dapper style.

Here at the 2017 Giffoni Film Festival on July 19, the 30-year-old actor sports a collarless shirt with black trousers while baring some ankle in black double-buckle dress shoes.

Then, at the “Game of Thrones” season 7 premiere, the star donned a patterned tuxedo jacket with black trousers and black loafers.

Click here to see other cast members hit the red carpet at the season 7 premiere.

The Best Looks From the ‘Game of Thrones’ Season 7 Premiere