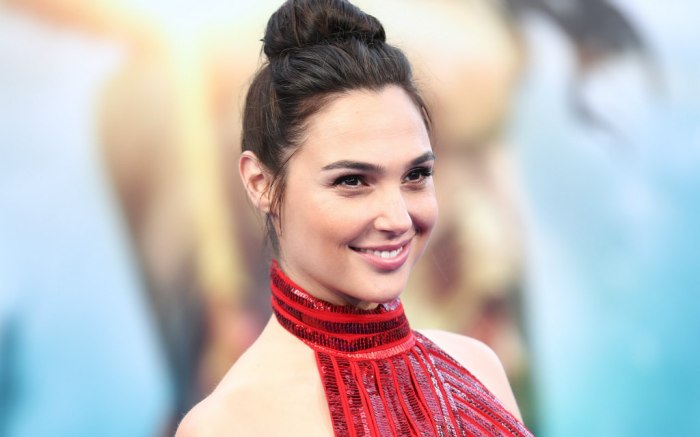 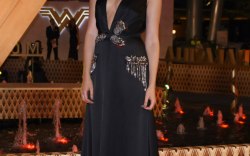 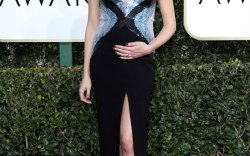 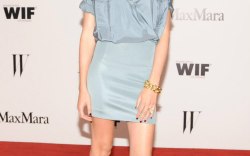 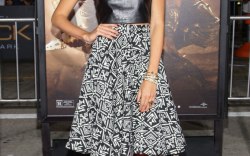 With her fierce fashion moves, Gal Gadot is bringing a little Wonder Woman spirit to the red carpet.

The Israeli actress — who rose to fame playing the iconic DC Comics heroine in 2016’s “Batman v Superman: Dawn of Justice” and this year’s “Wonder Woman” solo film — continues to capture the spotlight with her glamorous style. Now set to reprise her role in the new “Justice League” movie (premiering Friday), Gadot always brings an element of surprise to her fashion game.

Take, for example, her memorable look at the Los Angeles premiere of “Wonder Woman” in May. Gadot was a vision in a shimmery red halter-neck gown by Givenchy, which featured chic cut-out details and striking sequined stripes. While the dramatic dress made a bold statement, it was what Gadot wore underneath that really surprised fashion fans. Instead of accessorizing with a pricy pair of sky-high designer heels, the actress opted to wear simple Aldo sandals. The gold gladiator-inspired flats, adorned with metal studs, cost just $50.

When asked about her unconventional red-carpet shoe choice, Gadot reportedly said, “It’s more comfortable. That’s it.” Gadot then went on to wear a series of stylish flats — including ballet shoes and slip-on sneakers — throughout the remainder of her “Wonder Woman” global press tour.

“I’ve been saying for years that I want to create this trend of doing red carpets in flats,” she explained at the time to USA Today. “I love wearing high heels — it’s beautiful, it’s sexy. But at the same time, it puts us out of balance. We can fall any minute. It’s not good for our backs. Why do we do it? I can wear high heels, but I was like, ‘Let’s wear flats.’ I’ve been waiting for this moment.”

Still, the former Miss Israel isn’t afraid to rock a killer pair of heels when the mood strikes. Earlier this month at a London promotional event for “Justice League,” Gadot wore a lace and velvet minidress (also by Givenchy), decorated with black and gold lip motifs. She topped off her quirky outfit with simple jewelry and black sandals with four-inch heels.

The “Fast and Furious” star is also a big fan of metallic shoes. At the 2016 premiere of “Keeping Up With the Joneses,” she perfectly complemented her disco ball-inspired Dolce & Gabbana sequined dress with Stuart Weitzman’s classic Nudist heels in a silver cracked leather finish.

To see more of Gadot’s glamorous red-carpet moments, click through the gallery: