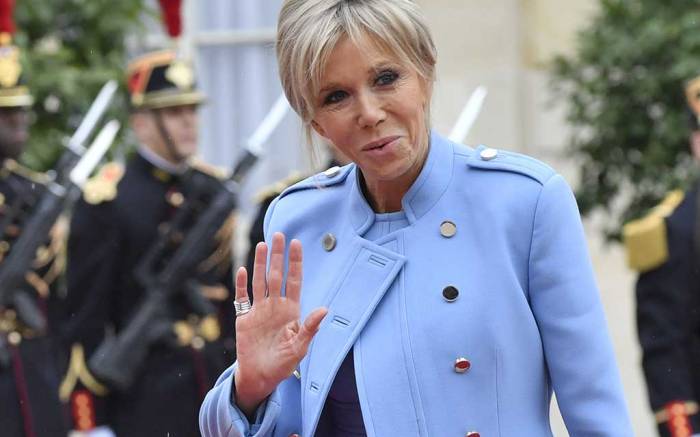 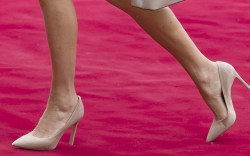 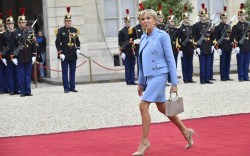 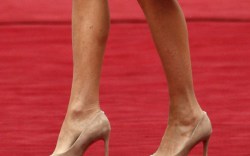 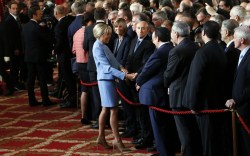 At the same time as Louis Vuitton was showing its cruise 2018 collection in Japan’s Kyoto today, there was some additional action from the house rather closer to home.

The triple Vuitton whammy involved a powder-blue military-style jacket with gold buttons worn atop a matching shift dress and accessorised with high-heeled pumps and one of the label’s signature Capucine handbags — both heels and bag in a neutral shade of taupe.

On the campaign trail, the wife of Emmanuel Macron raised eyebrows with her choice of skinny pants, oversized jackets and sneakers and it’s likely that the country — and world — will continue to closely watch the woman who’s injecting fashion into political style.