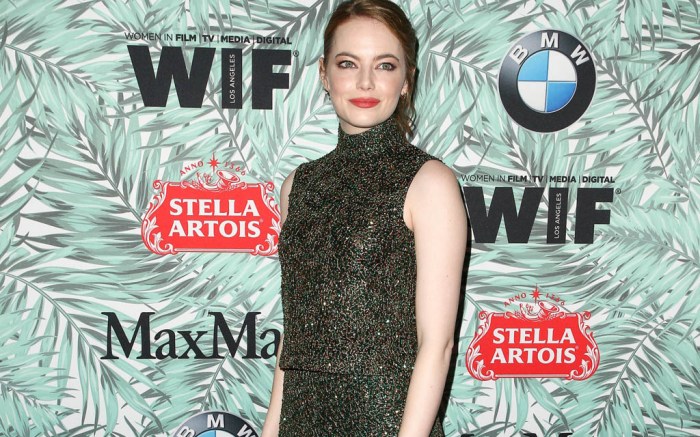 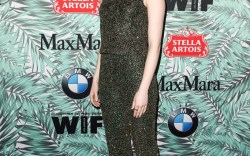 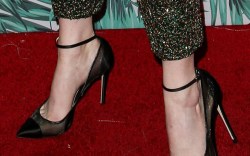 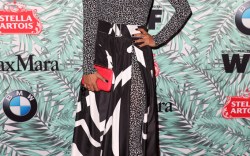 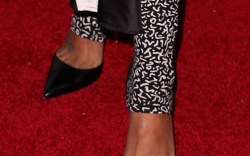 Emma Stone stuck to her favorite footwear label at the 10th annual Women in Film pre-Oscar party in Los Angeles.

The brand’s “Tower 85” pointed-toe shoe incorporates a slick leather trim, a mesh upper and an elegant ankle strap. Featuring a very walkable 3.4-inch heel, the shoes retail for $795 at Jimmychoo.com.

Stone was among a star-studded roster of guests at the annual soiree, presented by Max Mara, that honored all 46 of the 89th Academy Award female nominees who work in front of the camera and behind the scenes.

“I feel like never saying anything again,” Streep, nominated for her role in “Florence Foster Jenkins,” said in front of the crowd, likely joking about her Golden Globes speech in January that was critical of President Trump’s administration, to which Trump responded by calling the three-time Oscar winner “overrated.” She continued, “When I was in high school, the exchange student was 17 and was from Pakistan. At that time, 70 percent of the teachers and more than 50 percent of the citizens of the state were working in government were women and they got the vote at the same time we did in America. Way before they did in France. Stuff can change and you have to really feel the urge under your feet and act. I’m proud to be here.”

Similarly, DuVernay shared a rousing message. “Women in Film is such a powerful organization,” she began. “Anytime you have like-minded voices to express ourselves; whether it’s education, whether it’s revolution, it’s an important thing to do … Our ancestors have taught us how to fight. We’re in a fight right now. So we come together. There’s power in numbers, power in unity. I hope you take the energy in the room like this.”

A-listers mingled in sleek style at the soiree included Coolway ambassador Kiersey Clemons, who shot a forthcoming campaign with the brand one day earlier and shared with FN that she started her morning with a hike. The “Dope” actress had on an ethereal white dress that she teamed with peep-toe purple block heels.

Edwina Findley, who recently had a 3-month-old girl, showcased her stunning figure in a sheer Wow Couture gold label mini dress teamed with black pumps and a clutch by DVF.

The Film Independent Spirit Award-nominated “Free in Deed” actress posed with Streep at the event. “This phenomenal soul, #MerylStreep, embraced & welcomed me with warm, open arms,” she shared on Instagram. “Words can’t even express what it felt like to melt into her arms and know that I was being seen, felt, & heard.”

See more styles on the red carpet at the 2017 Women in Film pre-Oscar party.