A Look Back at Elizabeth Taylor’s Most Glamorous Moments — Bling, Furs & Pumps 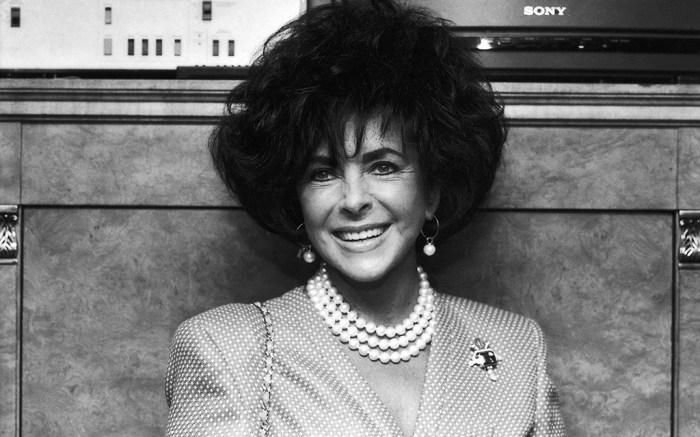 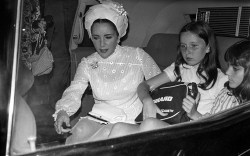 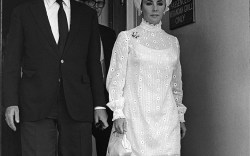 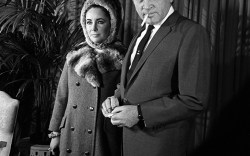 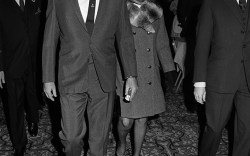 British-American actress Elizabeth Taylor may have passed away in 2011, but the star remains a style icon admired by many.

Famous for films including “Cat on a Hot Tin Roof” and “Cleopatra,” Taylor won two Academy Awards for her work on the silver screen, for “Who’s Afraid of Virginia Woolf?” and for “Butterfield 8.” Outside of the film industry, she amassed one of the largest private jewelry collections in the world and built an empire worth hundreds of millions of dollars.

Taylor made statements with her clothing and shoes — trying out satin heels, embellished pumps and white fur — but her biggest statements came from her jewelry. The actress went heavy on the bling, accessorizing with large, dangling earrings and oversized necklaces.

In addition to her acting career, Taylor had a public personal life, garnering people’s attention through her lavish lifestyle and eight marriages. Her 40th birthday party, for instance, included multiple parties in Budapest, Hungary, and brought together guests including Beatle Ringo Star and actress Grace Kelly. With a heart-shaped lemon diamond pendant gifted to her by then-husband Richard Burton around her neck, Taylor remained the center of attention even with her star-studded guest list.

Taylor was a shrewd businesswoman, becoming the first celebrity to launch a fragrance in 1987 with the scent “Passion,” which she followed up with 10 additional perfumes. The star also capitalized on her notoriety as a jewelry collector, starting a jewelry company called “House of Taylor.”

Toward the end of her life, Taylor stepped back from film, performing onstage a few times and focusing most of her efforts toward humanitarianism. Taylor, who co-founded the American Foundation for AIDS Research in 1985 and followed up with the Elizabeth Taylor AIDS Foundation, was one of the first celebrities involved with HIV/AIDS preventative efforts — a move that led to a more serious style featuring pencil skirts and blazers.

Taylor also became lifelong friends with fashion designer Valentino Garavani after meeting in the 1960s and would continue to wear his designs throughout her career, including her iconic white off-the-shoulder gown that she donned for Valentino’s 30-year anniversary.