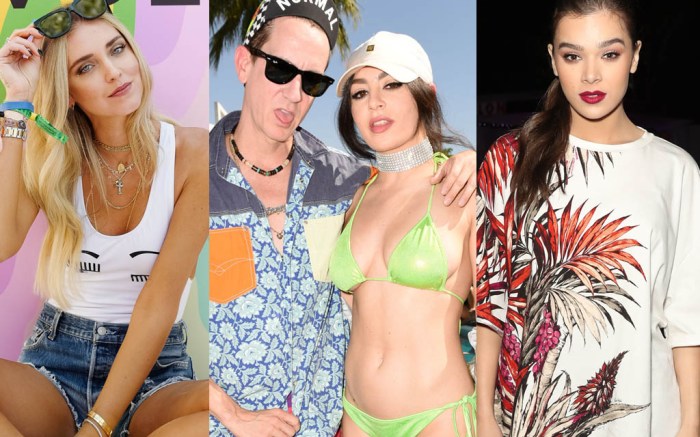 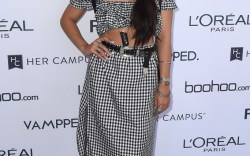 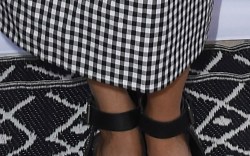 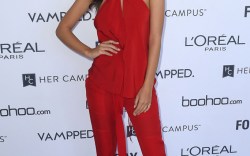 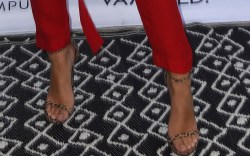 Comfort is always on-trend, especially at the Coachella Valley Music and Arts Festival, the annual concert and party weekend in the desert that attracts scores of celebrities, music lovers and fashion brands.

For those who made the annual pilgrimage to the star-studded extravaganza, which launched Friday in Indio, Calif. (and lasts two consecutive weekends, featuring headliner Lady Gaga), mostly flat footwear, including boots and sandals, and chunky block heels teamed with boho-chic ensembles were the styles du jour.

Among the attendees, Chiara Ferragni — who was honored at the 30th annual Footwear News Achievement Awards as Style Influencer of the Year — celebrated her capsule collection with Revolve at a pool party.

The social media star was dressed head-to-toe in the Coachella-inspired collection, which dropped last week with a pop-up shop at the retailer Social Club on Melrose Avenue in Los Angeles.

She had on the Chiara Ferragni x Revolve Macrame espadrilles, featuring slick embroidered cutouts, jute trim and a white canvas upper on a 1-inch platform. The shoes retail for $282.

Revolve ruled Day 1 at Coachella, with several parties throughout the day, including a brunch for its collaboration with Nicole Richie’s House of Harlow 1960 line. Brooklyn Beckham, son of Victoria and David Beckham, arrived in brown lace-up boots, and Richie had on a black maxi dress with matching sandals.

Later, Alessandra Ambrosio celebrated her Ale by Alessandra x Revolve collaboration with the Hot Nights in the Desert party.

The supermodel had on a flirty dress from her line teamed with booties that had fringe detail.

Jeremy Scott embraced a completely “Normal” look — the statement emblazoned across his hat. The Moschino designer had on bold colors from head to toe, including blue slip-ons, at theGalore x Grindr pool party.

He posed for photos with hitmaker Charli XCX, who had on a bright green bikini and matching Nike sneakers.