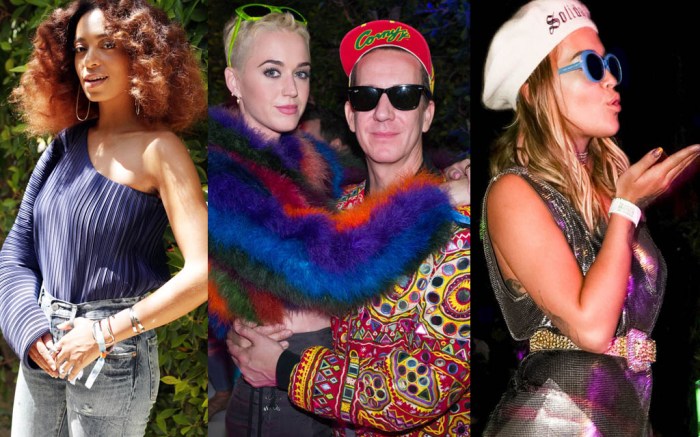 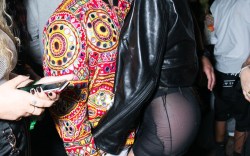 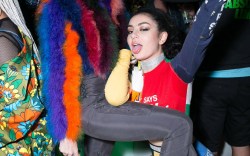 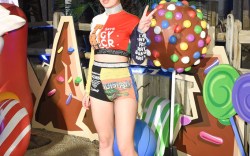 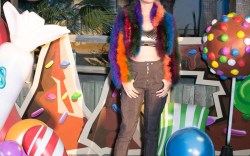 Big parties thrown by big brands kicked off the day two revelry at the 2017 Coachella Valley Music and Arts Festival.

Some of the stylish appearances made by the celebrities who stepped out on Saturday in Indio, Calif., included Rita Ora, who had on vibrant blue checked House of Holland boots that featured cherry graphics.

The singer teamed the footwear with a silver mesh dress for a night out at Moschino’s Candy Crush Desert party. Ora posed for photos with the brand’s host, Jeremy Scott.

The designer was feted by his friend Katy Perry, who had on a cropped fuzzy rainbow jacket.

Meanwhile, Kate Bosworth looked chic at Rachel Zoe’s Zoeasis daytime party, where she greeted the lifestyle brand entrepreneur in one of her label’s white jumpsuits and a bag by MCM Worldwide.

For Levi’s brunch party, Solange rocked a pair of the brand’s jeans and completed a blue-on-blue look with a Solace London asymmetric top.