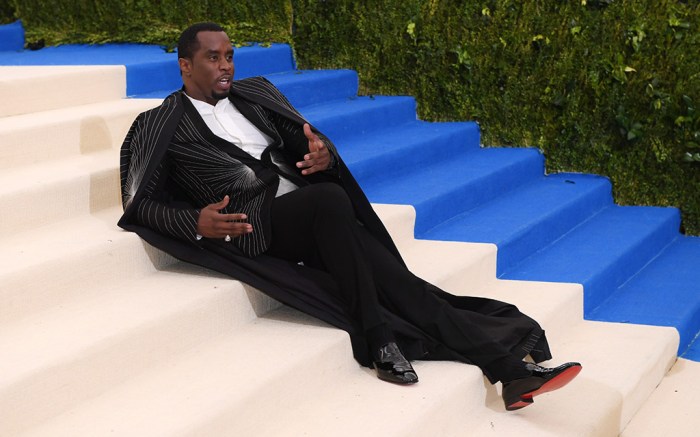 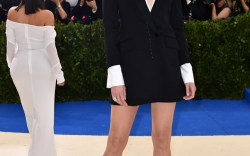 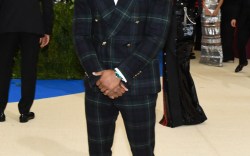 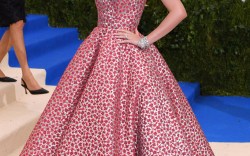 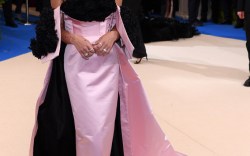 The “Keeping Up with the Kardashians” star and shoe designer paired her heels from the iconic brand with an equally iconic dress. Made out of zero fabric and 85,000 crystals, the dress was designed by Creative Director Julia Haart.

The ‘naked’ dress is an interesting choice for the tonight’s Met Gala, seeing that Rei Kawakubo and Comme des Garçons is known to be all about the fabric. Whether the gown is on-theme or not, there’s no doubting that Jenner stunned on the red carpet. The supermodel, who got ready with Estée Lauder for tonight’s event, rocked the glistening mesh backless gown with a dramatic front slit.

The 21-year-old ascended the Met Gala steps to reveal her taut behind in a black thong and the famous red-soled shoes, which match her dress perfectly.

To see more stars wearing Christian Louboutins on the red carpet at the Met Gala, check out the gallery.