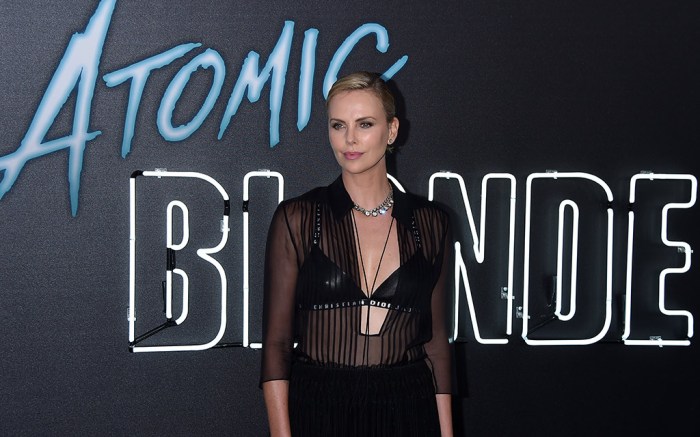 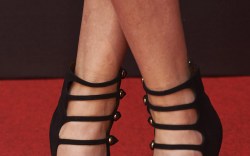 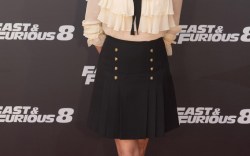 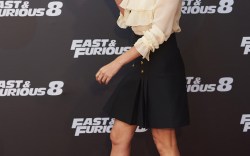 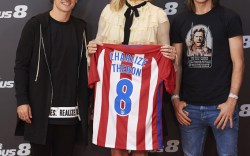 The “Atomic Blonde” herself is stepping into her character both on- and offscreen, it seems, as lead actress Charlize Theron pulled out an edgy ensemble for the film’s premiere in Los Angeles. It’s the second occasion on her recent media tour when the actress has opted for sultry all-black attire — and the second time she’s chosen to wear booties on the red carpet.

At a film screening in NYC last week, Theron did the summer boot trend in black, pointed-toe leather stilettos. The 41-year-old clearly has an affinity for this silhouette, as she went with a similar style at the July 24 L.A. premiere. As opposed to the side zip from the previous event, this time her booties featured bow details on the back heel.

Similar to Theron’s character in the film, Lorraine Broughton, — who often dons Dior including the movie’s infamous red stilettos — the actress wore a full Dior look with her booties. The outfit featured a sheer, low-cut top, fringed skirt, and the black version of the white bra top she wore at the Berlin premiere.

The movie, which hits theaters on July 28, casts Theron as MI6 spy Lorraine Broughton, whose character revolves around her killer moves as equally as they do her killer looks. In one line from the film, Broughton’s fashion-savvy personality is made clear. “If I had known,” Broughton says during a scene in which police arrive, “I would have worn a different outfit.” Among the designer duds that the stylish spy wears includes Massimo Dutti, Stuart Weitzman, Thierry Mugler and, of course, Dior.

No Pants, No Problem: Charlize Theron Wore Thigh-High Stompers for ‘Women Who Kick A**’ at Comic-Con