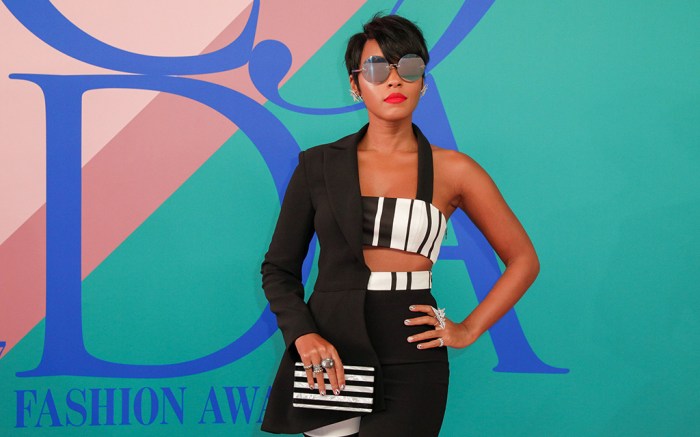 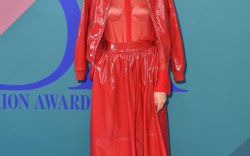 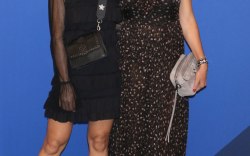 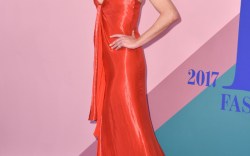 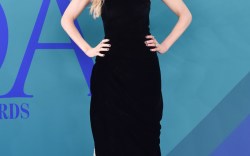 The Council of Fashion Designers of America is holding its annual CFDA Awards in New York tonight, honoring designers that are doing excellent work in their categories.

This year, the CFDA is live-streaming the red carpet and the awards on Facebook Live for the first time. CFDA chief executive Steven Kolb said that this year’s theme includes bright colors, which had been part of the CFDA’s advertising of the event around New York all the way to the blue and teal red carpet tonight. Comedian Seth Meyers is the evening’s host.

Among the nominees is shoe designer Paul Andrew, nominated for Accessories Designer of the Year along with Coach, Irene Neuwirth, Mansur Gavriel and The Row. This is not the first time Andrew has been honored by the CFDA. The British-born designer, who launched his line in 2013, won the CFDA/Vogue Fashion Fund in 2014 — the first footwear designer to receive that award. In 2016 Andrew won the CFDA Swarovski Award for Accessories Design.

In addition to their nomination for The Row in accessories, Mary-Kate and Ashley Olsen have also been nominated for Womenswear Designer of the Year, along with Altuzarra, Calvin Klein, Marc Jacobs and Proenza Schouler. Menswear nominees are Calvin Klein, Robert Geller, Thom Browne, Tim Coppens and Todd Snyder.

Virgil Abloh of Off-White is nominated for the Swarovski Emerging Talent Award, along with Sies Marjan, Monse, Gabriela Hearst and Brock Collection.

Of course, an evening with fashion’s top talent requires a standout outfit. Click through the gallery below to see what stars and designers are wearing.