Celeb Style: The Go-To Shoes of the Stars 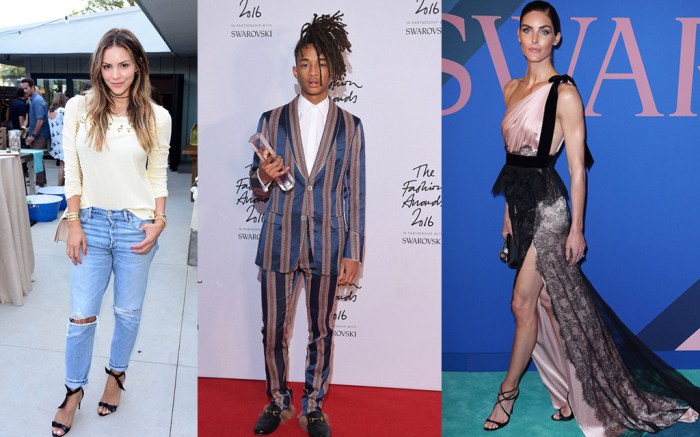 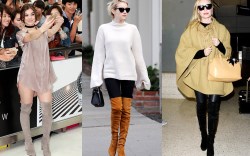 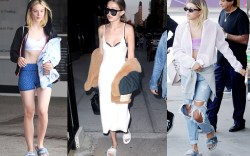 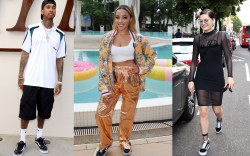 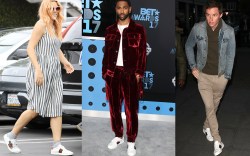 When it comes to shoes, celebrities are always in on the latest and most exclusive styles. From wearing designers like Christian Louboutin on the red carpet to Adidas or Nike while out and about, there’s no shortage of supply for the stars.

Some styles inevitably end up being the favorites among celebrities, as many famous faces step out in the same brands from season to season. One such label is Gucci, which has long been a staple for the stars. As of late, Gucci mules have been all the rage whether at an event or on the streets. Take Usher and Jaden Smith, for example, who both wore Gucci slippers on the red carpet, while Vanessa Hudgens tossed on a pair for a casual outing.

Another standout style recently has been the Lance sandal by Jimmy Choo. This style has been all up and down the red carpet this season, from the BET Awards on the feet of Remy Ma to the CFDA Awards with Hilary Rhoda. Yara Shahidi also took them for a spin recently at the ABC/Disney Upfront in LA.

Then there’s Alexandre Birman, whose designs are favorites among celebrities. The designer’s Clarita sandal has been particularly popular, with Katharine McPhee, Jenna Dewan and Elizabeth Berkley all opting for the bow-embellished heels.

These styles only scratch the surface of what celebrities are choosing for their wardrobe. Click through the gallery to see more of their favorites.

Demi Moore Does the Summer Suit Trend With Unexpected Shoes