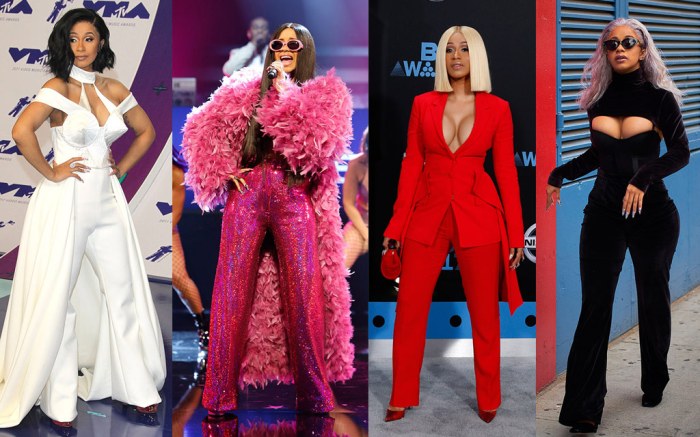 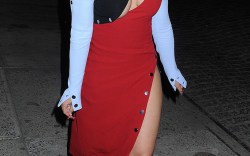 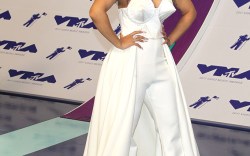 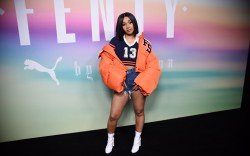 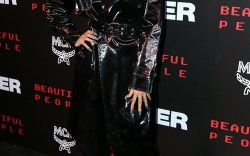 Over the last 12 months, the self-described “regular, degular, shmegular girl from the Bronx” became a household name and a fashion scene fixture along the way. The triple-platinum recording artist made history with her Billboard No. 1 hit record “Bodak Yellow,” shined (literally) in $10,000 Saint Laurent boots at the VMAs, performed at countless events around the globe and was nominated for two Grammys.

Let’s not forget her engagement to Offset of music trio Migos and the fact that she landed three magazine covers (New York, Paper and Rolling Stone). The dazzling New York cover will inevitably go down as one of her most unforgettable looks in all of its shimmery, colorful glory. Cardi B’s ensemble featured a metallic gold Bally top, sequined Dolce & Gabbana jeans and Elie Saab platform heels.

Because she’s not letting up on making “money moves,” the 25-year-old also released a Steve Madden campaign just two weeks shy of the new year. The brand’s holiday images with the refreshingly candid and funny rapper feature one of her best looks thus far.

While Cardi B reps her borough loudly and proudly, here she owned the classic Canadian tuxedo. Sporting a patchwork denim jacket with light-wash jeans and white boots, she provided “cute, sexy daytime vibes,” as she explained.

Remember those towering Fenty Puma by Rihanna striped boots from her spring ’18 show in September? Leave it to Cardi B to be one of the first to sport them (aside from Rihanna, of course) just two months post-show in the “Motorsport” music video. Her stylist Kollin Carter also worked his magic and had designer Bryan Hearns create a perfectly coordinated bustier top.

See the full look in the official video:

The rapper was pretty in pink for a “Jimmy Kimmel Live” performance in October. If the ’70s and hot pink had a new-age diva baby, it might look something like Cardi B in her Adrienne Landau feather coat, Cheng-Huai Chuang two-piece and vintage Chanel sunglasses.

Cardi B wasn’t short on looks during the New York Fashion Week spring ’18 shows, arguably the turning point where she emerged as a style star. The all-black Christian Siriano look set off by her platinum bob was a showstopper.

There was also that elegant moment in a vintage couture dress with YSL shoes.

The best style moments don’t stop there. Click the gallery to see 12 more of her top looks from 2017.