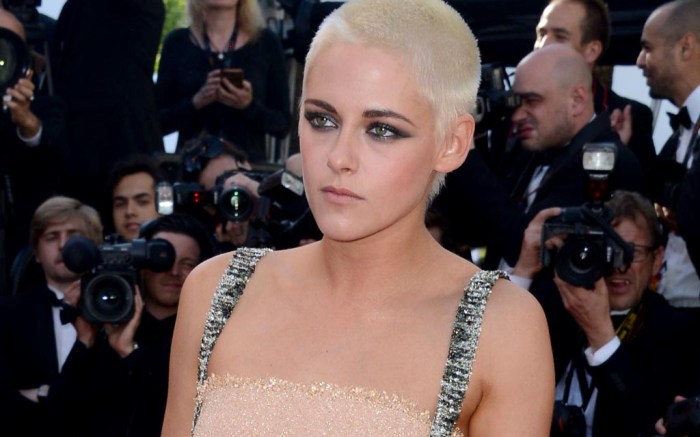 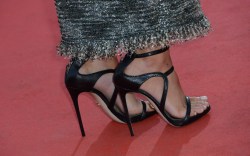 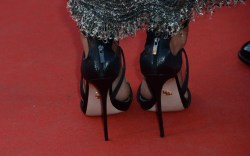 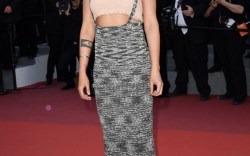 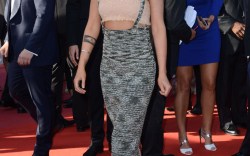 Thus far, the biggest controversy of this year’s Cannes film festival is Netflix-gate. Aforementioned refers to the fact that two Netflix titles are playing in the main competition. Cannes-screened films are supposed to play in French movie theaters, and these won’t. One, “Okja,” is about a genetically modified pig and stars Tilda Swinton.

However, these mini dramas ain’t got nothing on Cannes 2015’s flat-gate wherein a gaggle of ladies were denied access to a red carpet screening of Cate Blanchett movie “Carol.” This was apparently because they were wearing flats, albeit rhinestone-embellished ones, as opposed to heels.

At the time, the festival declined to comment on that specific matter though did confirm that high heels for women attending red-carpet screenings were, indeed, obligatory. Emily Blunt too weighed in with the following. “I think everyone should wear flats, to be honest … I prefer to wear Converse sneakers. That’s very disappointing.”

It was rather ironic, said celebrity photographer Francois Goize, given that Chanel had showed sneakers on the runway just the previous season for fall 2014. “If it’s OK for Chanel, I’m sure the red carpet is fine,” he laughed. Goize is certainly in a position to comment. His clients include Vanity Fair and Footwear News, and his most recent photography book, “A Night on the Town in Paris,” features Rihanna, Gigi, Bella, Karl, Kim, Cara … basically folks so famous they don’t need to bother with surnames.

One might think that, two years on, in more feminist times, the policy no longer applies, however. According to Kristen Stewart, it’s still an unspoken rule. “There’s definitely a distinct dress code,” she said Saturday, speaking to Hollywood Reporter. “People get very upset at you if you don’t wear heels or whatever.”

“I feel like you can’t ask that anymore, but it’s still a given,” she said. “If you’re not asking guys to wear heels and a dress then you can’t ask me either.” Although she still does.

So what do the celebrity stylists think? We asked Philippe Uter, who, at time of writing, has just casually messaged from a swanky Cannes hotel where he is in the process of dressing Jourdan Dunn.

“My clients for Cannes are big models (his roster this year also takes in Coco Rocha, Natasha Poly, Daria Strokous and Daphnee Groeneveld, to name but a few) and they will all wear high heels. I think for Cannes it is always better. I prefer high heels on a big red carpet.”

The reason, he says, is that he loves “the posture that heels give to the body. It makes for a great silhouette.”

“For example, if you have a simple black dress and wear flats, the look won’t have anything really special, but if you match the same dress with a pair of high heels it will make all the difference!”

He does still enjoy a flat, though: “I am not against flat at all, like the embroidered Zanotti, but maybe more for a cocktail or daytime event.”

As for Goize, he’s also been on the wrong end of the Cannes dress code. “I remember my first Cannes Festival in 1986,” he revealed ruefully. “I only had one ticket, for a Fellini film, but I didn’t know the score so arrived wearing a regular suit jacket. They didn’t let me in because I didn’t have a bowtie.” Fair’s fair? You decide.

The Most Eye-Catching Celebrity Wardrobe Malfunctions of All Time