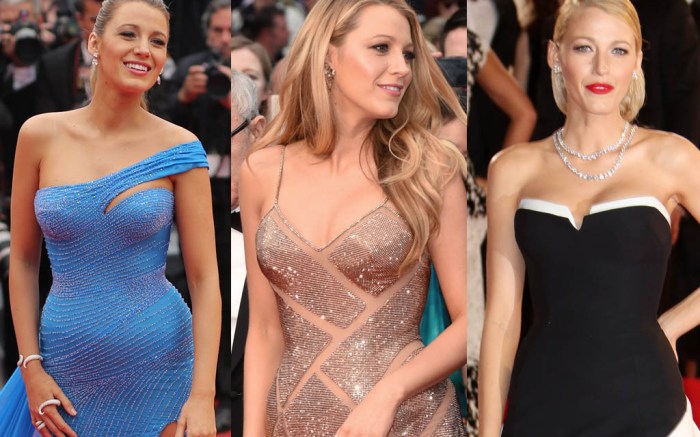 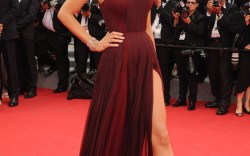 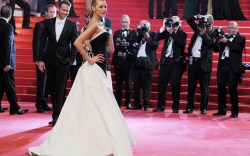 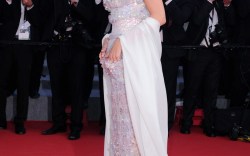 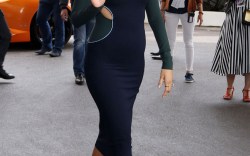 The 2017 Cannes Film Festival officially kicked off in France today. This year’s opening ceremony brought out many celebrities, including Will Smith and Jessica Chastain, all wearing their finest red carpet attire. Standouts were models Emily Ratajkowski and Bella Hadid, but last year, it was all about Blake Lively.

The actress was on an intense press tour for her film “The Shallows” as well as Woody Allen’s “Café Society.” At Cannes, she made her opening ceremony entrance glamorous as she stepped out in Christian Louboutin sandals and a Versace crystal-covered gown. Her added accessory? Designer Christian Lobuoutin himself tagged along as her date.

During the festival, she wore Louboutin on more than one occasion and also donned Giuseppe Zanotti and Jimmy Choo shoes. One of her most memorable style moments came at the “Shallows” photo call, where she wore black and white striped Christian Louboutins paired with a Giambattista Valli dress.

In 2014, Lively made her Cannes debut despite not having a film in the festival. There, she turned heads in Gucci and Chanel gowns, while also choosing shoe looks from Casadei and Sophia Webster.

Click through the gallery to see all of Lively’s looks at the Cannes Film Festival.