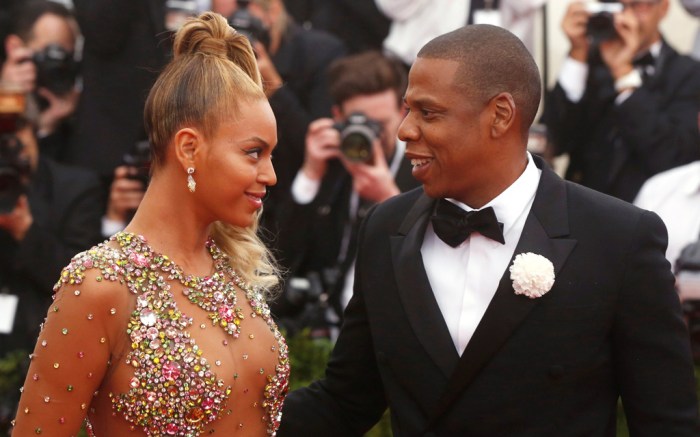 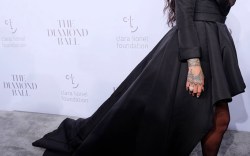 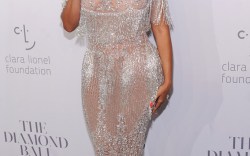 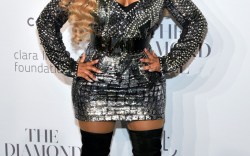 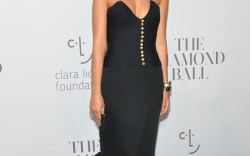 Beyoncé has been keeping a low profile since the birth of her twins, Rumi and Sir, in June, but the pop star and her husband, Jay Z, made a public appearance in support of friend Rihanna Thursday.

Beyoncé, clad in an emerald dress and platform sandals, and Jay Z attended the Diamond Ball in New York City, the couple’s first major red-carpet event since the babies were born.

The “Lemonade” singer’s maxi dress, by House of CB, retails for just $165 — a steal in comparison to styles worn by other event attendees, who mostly opted for designer duds. But even though the 36-year-old chose a more affordable dress, she went high-end with her footwear, opting for Giuseppe Zanotti platform sandals.

The Diamond Ball, which raised over $840,000 for Rihanna’s charity, the Clara Lionel Foundation, attracted a slew of other celebrity attendees, including Martha Hunt, Emily Ratjkowski and Lil Kim.

Click through this slideshow to see their blinged-out gala looks.

And scroll down below to shop the sandals Beyoncé wore to the ball.