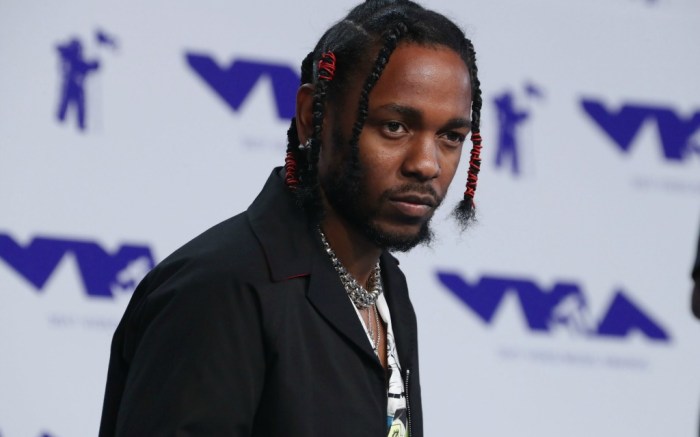 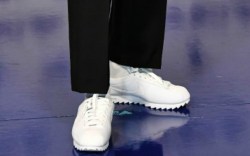 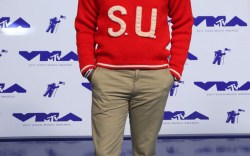 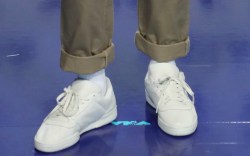 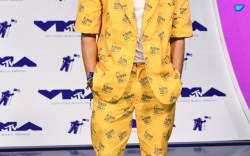 Yesterday, Kendrick Lamar announced he was team Nike, so it’s not exactly a surprise that the rapper is sporting the Cortez sneaker at tonight’s MTV VMAs.

“Cortez. Since day one. #teamnike #TDE @nike @nikelosangeles,” the rap superstar — who has collaborated with Reebok in the past — tweeted Saturday afternoon.

The Compton, Calif.-based artist — who is up for eight awards tonight, including artist and video of the year — sported an all-white version of the classic sneaker, paired with a black coat and matching trousers.

Meanwhile, Lil Yachty stepped out in retro-inspired white sneakers, paired with a red v-neck sweater and khakis for a normcore vibe.

Click through the gallery to see more celebrities in sneakers at the 2017 MTV VMAs.