The 18 Best-Dressed Stars on the 2017 Oscars Red Carpet 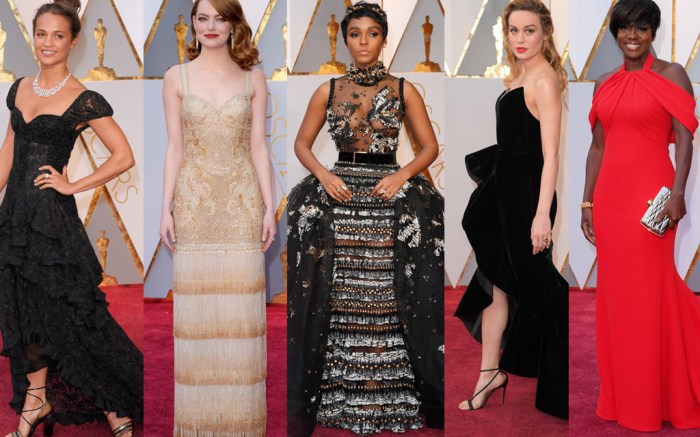 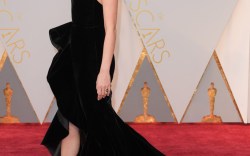 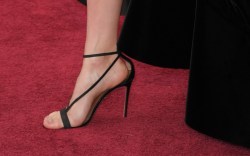 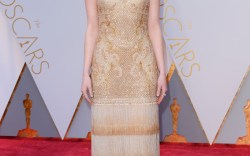 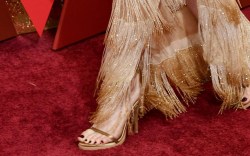 Naomie Harris was not only one of the best-dressed stars at the 2017 Academy Awards, but also the actress who took the biggest red-carpet risk.

Harris, nominated for Actress in a Supporting Role for her role in “Moonlight,” wore a white Calvin Klein sequined short strapless dress that was made more edgy thanks to the cool train on the back. She went one step further by pairing it with Calvin Klein yellow sandals that had mismatched jewel accents on the ankles and are fresh off the Calvin Klein fall ’17 runway.

Another daring look also topped our list: Janelle Monáe’s dramatic Elie Saab ball gown. Although it hid her shoes, we got a glimpse at her Brian Atwood black and gold platforms thanks to her stylist Maeve Reilly.

Alicia Vikander, who is a Louis Vuitton muse, wore a lace cap-sleeve dress by the label that featured ruffled edges. Luckily, the dress didn’t hide her Louis Vuitton PVC sandals that could easily be worn off the red carpet, too.

Viola Davis brought the color on the red carpet in a red Armani gown that hid her matching red Stuart Weitzman heels.

Pharrell Williams wore a head-turning tuxedo by Chanel that he finished with patent shoes and a bowtie that featured a black and silver chain.

Click through the gallery to see more of the best-dressed stars including Brie Larson, Jessica Biel, Michelle Williams and Priyanka Chopra.