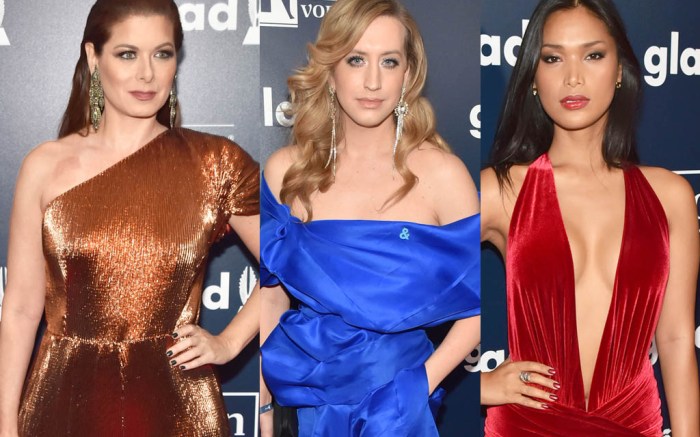 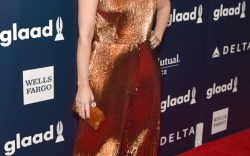 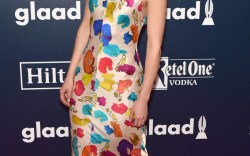 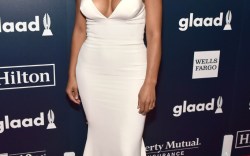 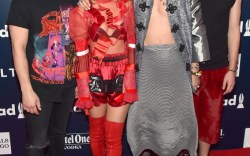 Celebrities paraded a mix of stylish looks on the red carpet at the 2017 GLAAD Media Awards on Saturday in New York City.

The event, which already hosted its companion ceremony in Los Angeles, honored inclusive media representations of the lesbian, gay, bisexual and transgender community.

“Will & Grace” star Debra Messing made a glamorous arrival in a textured bronze one-shoulder jumpsuit. Though the flared pant legs mostly draped over her footwear, she was seen wearing sandals while making her way inside the venue. The comedic-actress teamed the look with striking earrings.

Joe Jonas went for a more casual look — playing up his rock star image alongside his bandmates, who all made edgy style statements. The musician had on a T-shirt, black jeans ripped at the knee and minimalist black sneakers.

Members of his group DNCE had on slick looks, too, including the lone female member, JinJoo Lee, who had on over-the-knee bold red stretch boots teamed with a see-through dress that had lace and ruffle detail.

Meanwhile, YouTube star Gigi Gorgeous turned up the sizzle factor in a floor-length lingerie-style dress that featured sheer lace panels from top to bottom.
Geena Rocero looked like a bombshell in a plunging red floor-length halter-neck dress that was split down to the navel. The outfit incorporated wrap-around draping that covered her sandals.
Bradley Miller had on an off-the-shoulder cobalt blue dress that featured a slit up the side. She teamed the look with cheetah-print sandals.
Click through the gallery to view more celebs on the red carpet.