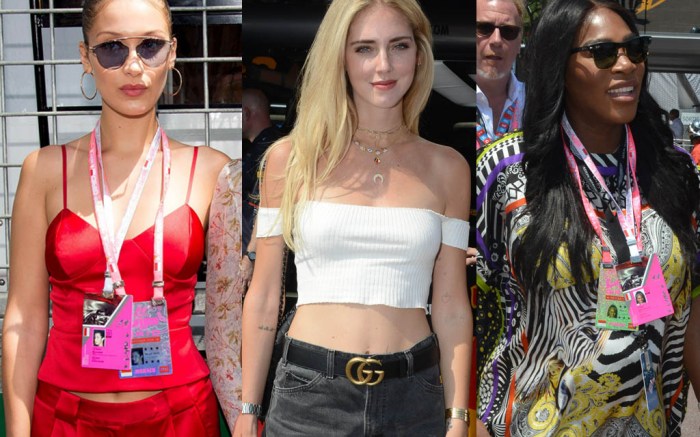 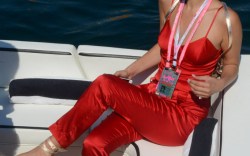 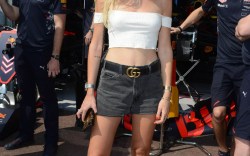 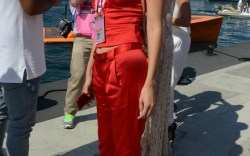 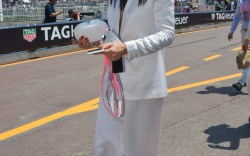 Among the famous faces in the crowd were supermodels Bella Hadid and Winnie Harlow.

Hadid had on a bold red satin top and matching trousers teamed with nude sandals, and her friend Harlow channeled bohemian style with a flowy flower print dress and whimsical booties.

Some of the stars who stepped out in sandals like Hadid included Adrianna Lima, who wore a pair in silver with her white suit, and Barbara Palvin teamed her black sandals with a slinky black dress.

Meanwhile, Princess Charlene Wittstock wore nude sandals with a red dress when she presented the champion with his trophy. Vettel celebrated his victory wearing Puma sneakers.

Lindsey Vonn, James Marsden and other celebrity guests made appearances at the competition.