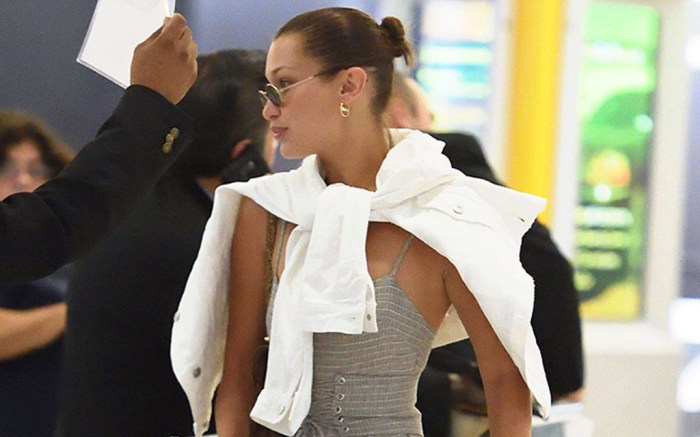 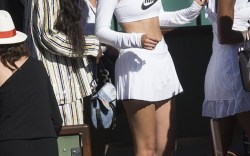 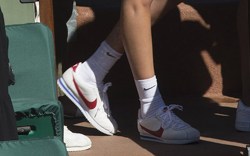 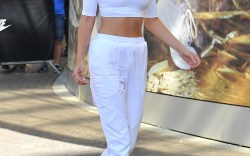 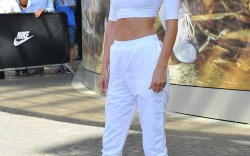 Supermodel and Nike brand ambassador Bella Hadid spent the weekend in Paris, wearing all white for much of the weekend.

Hadid is currently promoting the Cortez, a 1970s Nike style that recently celebrated its 45th anniversary, so it comes as no surprise that the model would be spotted in the sneakers.

The 20-year-old wore head-to-toe white for a Nike Paris store event promoting the Cortez, donning a crop top and track pants, which she paired with a perforated version of the classic trainers.

Hadid’s all-white Parisian adventure would continue. While attending the French Open, the model resembled the players on the clay courts, showing off her svelte figure in a sports bra and tennis skirt. She again wore the Cortez sneakers, wearing a pair with a red Nike swoosh to add a pop of color to her look.

Before heading home to New York, Hadid went for a completely different look, pairing the perforated Cortez with a gray plaid corseted jumpsuit. She wore this stylish look while out and about in Paris and arrived at John F. Kennedy Airport in the same outfit.

Back in New York Monday, Hadid took to Instagram to share love for her hometown — and she embraced the no-bra trend, tested out by model pal Kendall Jenner,  wearing a slightly sheer white crop top.