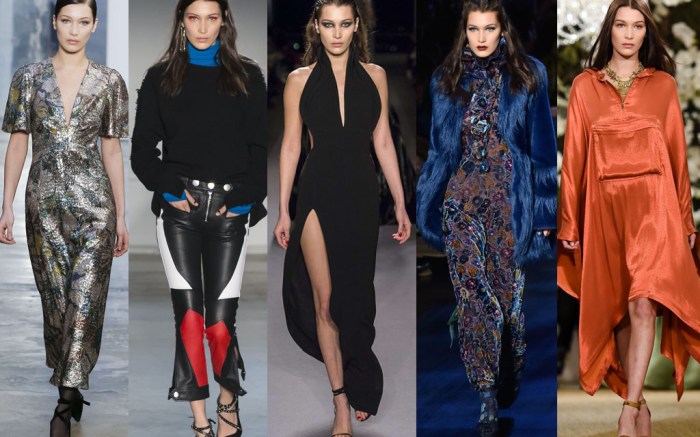 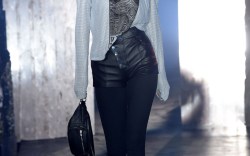 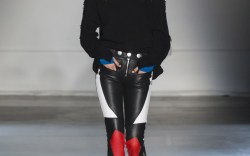 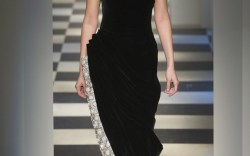 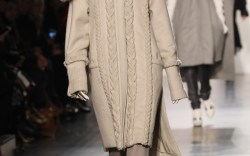 For the occasion — which started on Day Three of New York Fashion Week — she likely had a semi-exclusive deal with Wang, according to Model.com, a website that extensively tracks the ins and outs of the modeling industry.

Under many semi-exclusive deals, models are contracted to walk in a specific designer’s catwalk first.

It can be quite advantageous for both a model’s pocketbook — and add to her prestige, too.

“Wang has always been a show that I’ve wanted to do, just because I love Alex and it’s a really badass show to be a part of,” she told Fashionista.com of her turn on Wang’s runway.

In total, the Reebok ambassador walked 10 runways throughout NYFW, which concluded today. Among those shows, she opened two (Prabal Gurung and Zadig & Voltaire) and closed one (Oscar de la Renta).

Opening and closing positions are not chosen by drawing the short straw. According to old-school fashion tradition, the women who earn the spots are the considered muses of the collection.

“New collection, new muse! Zadig & Voltaire turned to @bellahadid to be its new muse for this collection. Inspiring, versatile and carefree, ambassador Bella is resolutely Zadig,” the fashion house announced on Instagram in January. Of course, she had the opening spot on Monday for the show, along with two other big moments where emotions were running high.

“When Prabal was about to go walk, I saw him tearing up and I just started crying because it was such a beautiful, moving show,” Bella told Fashionista.com about serving as Prabal Gurung’s opening muse.

The waterworks were flowing again for her second show that day when she closed Oscar de la Renta’s runway.

“I also cried,” she added.“I don’t know if it’s just a very emotional week, but that show has always been something really big to me. It’s such an iconic brand, and I’ve always looked up to the designers. I cried when I got the show in general, and then when I heard I was closing, I was at a loss for words.”

Her sister Gigi only participated in one NYFW runway, at Jeremy Scott’s presentation, where she opened the show.

Here’s how the other boldface names fared: