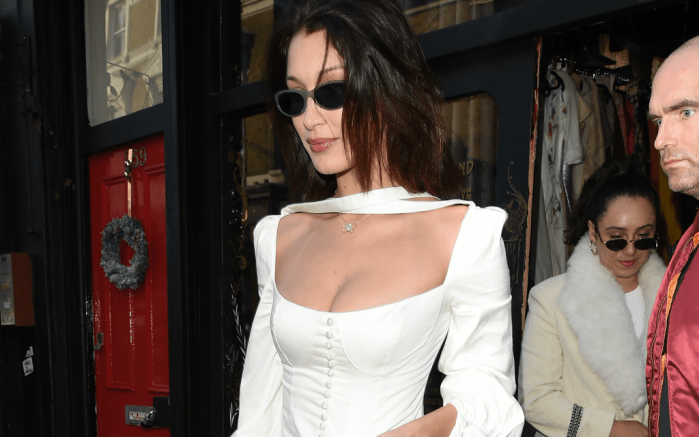 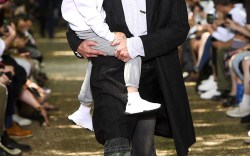 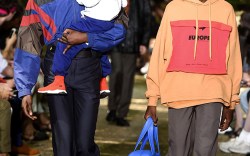 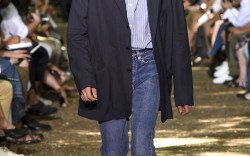 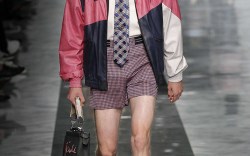 Is Bella Hadid about to hop aboard the chunky dad shoe train?

From the looks of the supermodel trying on the Triple S sneaker while shopping at Balenciaga earlier, it certainly well seams that way.

Today in London — while wearing a white Orseund Iris corset top paired with jeans featuring red lacing up the side and pointy red boots — the Nike ambassador was photographed in the luxury fashion store trying on a few items, including the ultra-bulky unisex style.

While we don’t know whether Hadid took home the $795 chunky retro-style sneakers — which have been slammed as “ugly” by some Twitter users — she was also spotted vintage shopping, where she picked up a monogrammed Louis Vuitton travel briefcase.

Later that evening, the 21-year-old model —who recently walked in the Victoria’s Secret Fashion Show — was seen arriving at the Tag Heuer store in a shimmering sequined red dress and Liudmila Drury Lane 100 lace-up calf booties .

Hadid also rocked blunt bangs and a white coat with fur trim at the event staged by luxury Swiss watchmaker Tag Heuer on on Oxford Street, where she served as the guest of honor.