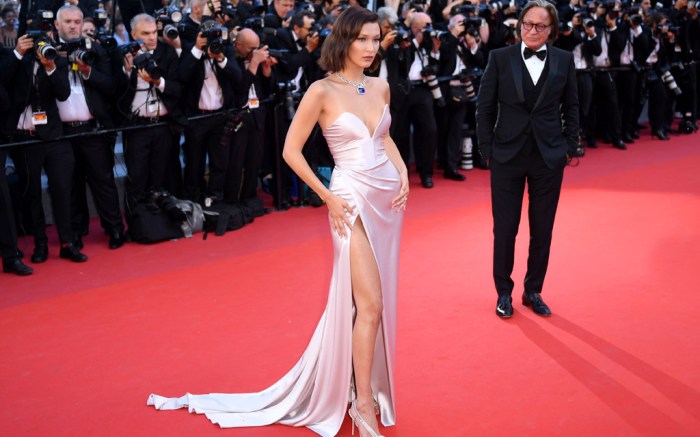 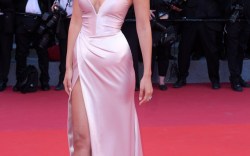 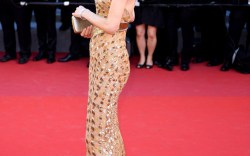 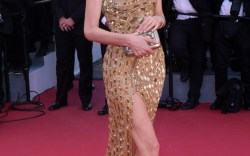 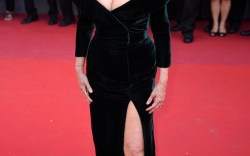 The Cannes Film Festival officially kicked off with its opening ceremony on Wednesday evening with a roster of high-profile celebrities.

Jessica Chastain, who is serving on the festival’s jury along with Will Smith and several others, kicked things off in an Alexander McQueen embroidered dress. But it was models Emily Ratajkowski and Bella Hadid who really stole the show.

Both wore dresses with up-to-there thigh-slits that showed off their long legs and glamorous sandals. Hadid wore a strapless dress by Alexandre Vauthier with a slit so high that some photos did capture a bit of a wardrobe malfunction. She wore the look with Olgana Paris sandals — the same brand she wore earlier in the day while out to lunch with Hailey Baldwin. Ratajkowski wore a silky dress by Twinset that showed off her Giuseppe Zanotti sandals.

Stars such as Elle Fanning and Sara Sampaio went with ballgowns that hid their heels. Naomie Harris added pops of color to the red carpet in her Gucci gown, and Robin Wright eschewed a gown for a Saint Laurent mini and black pumps.

Click through the gallery to see more glamorous shoe looks from the Cannes opening ceremony.

Celebrities Out and About in Cannes