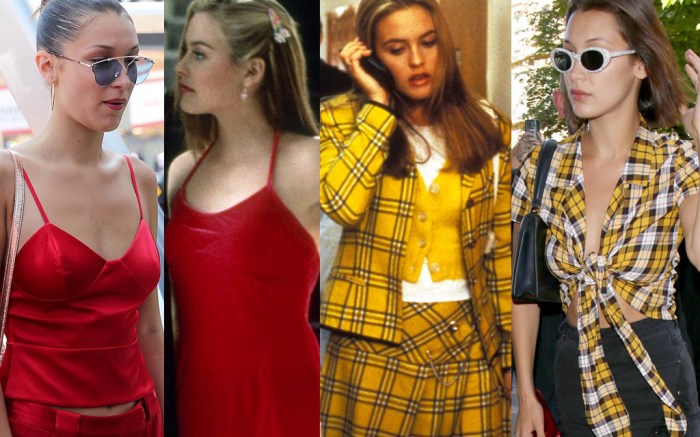 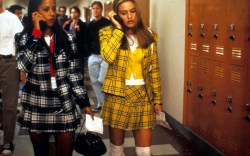 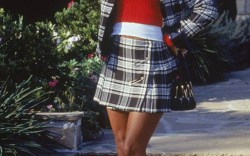 Bella Hadid was born a year after the cult classic “Clueless” (1995) came out, but the model is drawing major style inspiration from the movie with her latest looks.

In “Clueless,” Alicia Silverstone stars as “it”-girl Cher, who falls for her dorky stepbrother, Josh. Fashion from the film is about as ’90s as you can get — and since ’90s trends are back in style, it makes sense that the movie’s looks would appear on current style stars.

Hadid’s most recent outfit draws obvious comparisons to the film. Dressed in a midriff-baring yellow checkered shirt and white booties, Hadid resembled Cher in perhaps the most iconic look from the flick: a yellow checkered jacket and skirt, paired with thigh-high stockings and white pumps.

This isn’t the first time the stylish 20-year-old has looked to “Clueless” for outfit ideas. In February, she sported a red and black striped shirt and dark miniskirt, accessorizing with a black purse and knee-high boots — a modern twist on the black and white plaid outfit Cher’s best friend, Dionne, wore in the film, which featured a red cardigan for a pop of color and knee-high black socks, paired with a similar bag.

Hadid has also worn pants inspired by the plaid sets the film popularized, such as a black-and-white pair she wore with a crop top and a fur-trimmed jacket — another piece donned in the film — and a blue checkered set that she was spotted in while en route to shows July 2.

The same fur-trimmed jacket appeared in a different Hadid look: She paired it with a black leather miniskirt and pointy-toed pumps, taking a page out of Cher’s book and keeping her hair in place with barrettes.

In April, the supermodel put a modern twist on supporting character Amber’s military-inspired getup, donning head-to-toe camouflage and, like the character, going for a full-on utilitarian vibe in combat boots.

Hadid even updated Cher’s Alaia eveningwear look, sporting a silky red pantsuit at the Monaco Grand Prix that had a similar neckline to Cher’s classic outfit.

While there’s no way of knowing where Hadid will draw inspiration from next, perhaps “The Lizzie McGuire Movie” will be the next film she goes to for outfit ideas.

After all, she did compare her sister’s recent Barbie-esque look to an outfit donned by the movie’s titular character (portrayed by Hilary Duff), writing on Instagram, “GIGI YOU ARE LIZZIE MCGUIRE FINALLY WE DREAMT OF THIS MOMENT (or maybe only I did) HOLT S— YESSSSS @GIGIHADID U R LIFEEEEE.“

Click through the gallery to view more of Bella Hadid’s “Clueless”-inspired outfits.