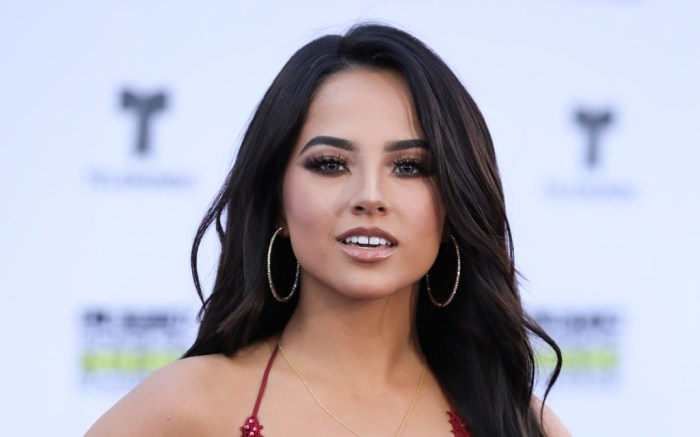 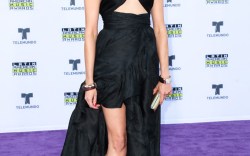 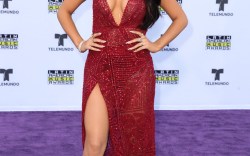 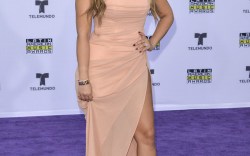 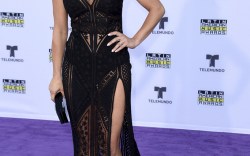 The singer flaunted her figure in her Martha Medeiros label dress that came complete with a plunging neckline, glamorous beading and a seductive, thigh-high slit.

Becky G completed the sultry look with golden Loriblu sandals on a sky-high stiletto, adding some height to her 5-foot-1 frame.

Inside the event, the singer  — who co-hosted with Diego Boneta — sported several different ensembles, including a Zhivago silver striped minidress, a strapless leather dress, paired with with red Le Silla pumps, and a nude-illusion Elie Youssef jumpsuit.

The 20-year-old traded in her hosting hat to sing at the show, doing a rendition of her hit “Mayores” along with Bad Bunny in a show that also featured performances from Pitbull, Fifth Harmony, Camila Cabello and Prince Royce.

Click through the gallery to see more from the red carpet.