Sequins Ruled the Red Carpet at the ‘Baywatch’ Movie Premiere 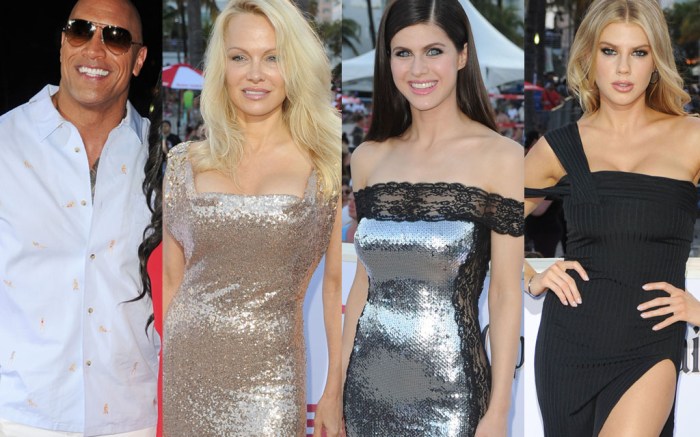 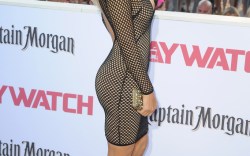 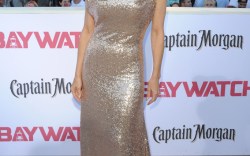 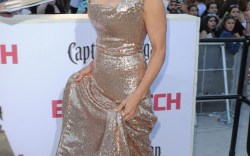 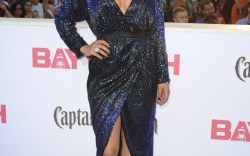 Sun-soaked Miami served as the backdrop for the “Baywatch” movie premiere on Saturday, but the cast of the new film and stars of the original TV series brought plenty of heat with their own style on the red carpet.

Sizzling in sequins were Pamela Anderson, formerly of the 1990s drama, and Priyanka Chopra, newcomer to the big-screen iteration. Anderson had on a gold floor-length gown teamed with a pair of nude sandals, while Chopra wore a blue vintage Halston gown that she paired with Schutz’s black sandals and jewelry by Nirav Modi. The Halston official Instagram account praised Chopra’s look as “stunning” on social media.

David Hasselhoff, star of the classic TV show, and co-star Anderson will make cameos in the film, which hits theaters on May 26. The big-screen adaptation is a tongue-in-cheek comedy, with Johnson appearing in the lead role as head lifeguard, opposite Efron as his younger rival. The movie also stars Rohrbach, Chopra and Daddario.