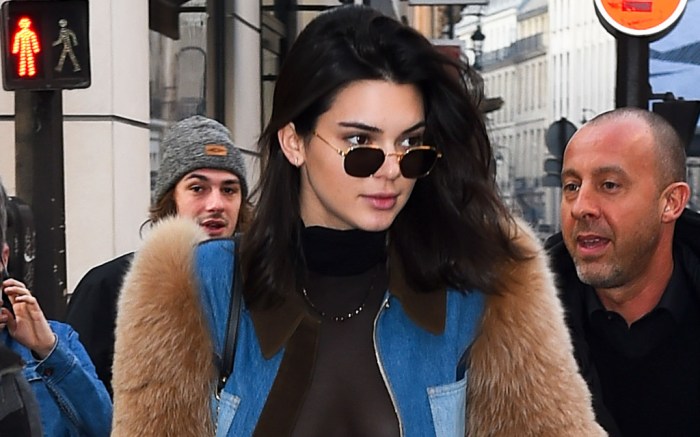 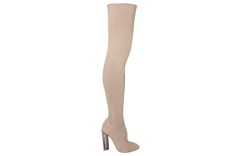 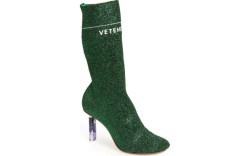 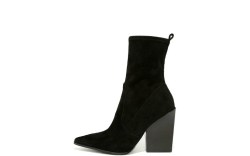 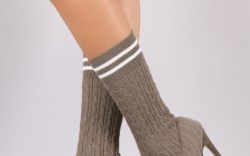 It was only a matter of time before a new boot arrived on the scene and usurped the omnipresent, over-the-knee styles that have dominated the street style set for the past couple of years; ergo, the sock boot, with its leg-hugging silhouette, which acts as Spanx for the ankles.

Like many influential trends these days, this one germinated at Vetements for fall ’15 in the form of an attention-grabbing tube sock (done in normcore white and green disco metallic) with a bodega lighter heel. The irreverent style was very much in line with the Parisian label’s cheapo-chic, jolie-laide modus operandi and quickly began to permeate the fashion world as a wave of designers came out with their own versions. Going into fall ’17, Chanel’s footwear designer Laurence Dacade created a shimmery stretch version for her own signature label of the mid-calf must-have.

Kanye West, an early supporter and fan of Vetements’ designer Demna Gvasalia, offered his own version in the form of Yeezy stretch sock boots in a variety of flesh tones, while Acne Studios served up a cool sneaker and heel boot version. Phillip Lim rendered his in crushed velvet, which were a hit with Kendall Jenner, et al.

Speaking of Jenner, she was a relatively early adopter of the trend and has been seen in both the Yeezys and the Acnes, as well as her own iteration for her sisterly namesake label Kendall + Kylie, which happens to look a lot like those Lims.

And in more sisterly shoe news, both Gigi and Bella Hadid have also taken to the trend, with the former sporting Stuart Weitzman’s Clinger boots and the latter spotted in that same Kendall + Kylie velvet pair.

Like over-the-knee boots years ago, these may at first appear tricky to wear since they stop at an odd part of the leg. But as seen here, the secret is to pair them with either a short hemline or slightly oversize pant silhouette to best spotlight a whittled ankle.

Click through to see more of these figure-enhancing styles.

Gigi Hadid, Vanessa Hudgens and Selena Gomez Love Throwing it Back to the 1970s

Gigi Hadid Just Got Her Own Tommy Hilfiger Barbie Doll