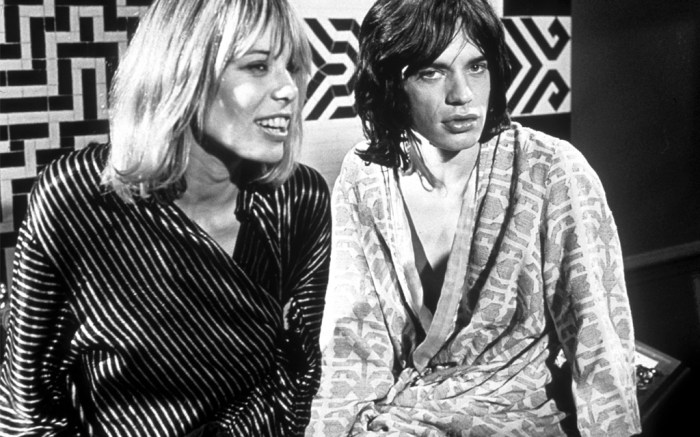 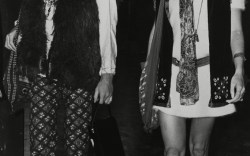 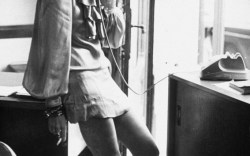 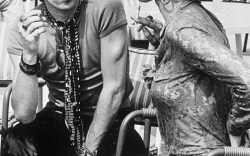 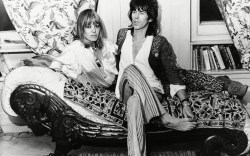 Think about The Rolling Stones and there are many images that come to mind.

The German-born actress and model, who passed away today at the age of 73, is credited as one of the band’s greatest muses, said to have inspired their songs “Angie” and “You Got the Silver.” She also had a significant influence on their personas.

She first entered the orbit of The Rolling Stones in the mid-1960s as the girlfriend of guitarist Brian Jones and then later Keith Richards, with whom she had three children.

Pallenberg herself was known for her wild ways and bohemian fashions, and she encouraged Richards and Stones lead singer Mick Jagger to adopt a more dramatic, somewhat-androgynous aesthetic that set them apart from mainstream musicians, and possibly set them on the road to superstar-dom.

Pallenberg and Richards eventually split in 1980, but the rock muse retained close ties to the fashion industry over the years, often appearing on front rows at London Fashion Week and occasionally walking the catwalk for designers such as Vivienne Westwood (in 1998) and Pam Hogg (in 2016).

She also has been a continual reference point for designers of every generation.

Rebecca Minkoff, for instance, based her line this season on the model’s storied adventures. “My fall ’17 collection is inspired by Anita Pallenberg and The Rolling Stones’ famed cross-country U.S. tour,” Minkoff told Footwear News. “The collection is a reflection of their adventurous spirit.”

Click through the slideshow to see more of Pallenberg’s iconic looks.

Audrey Hepburn’s Flats Could Fetch More Than $1,900 at Auction This Fall