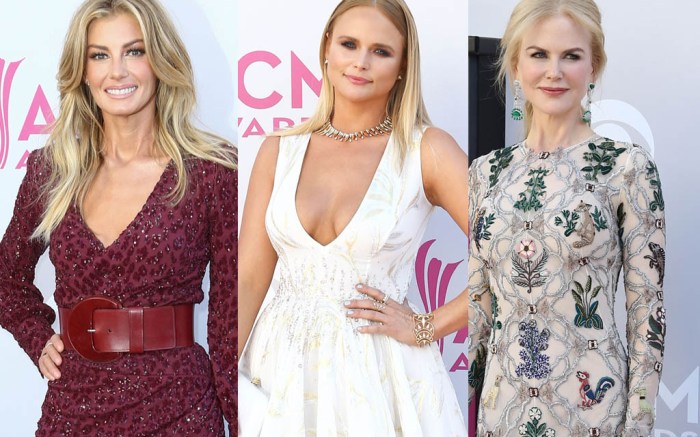 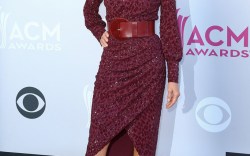 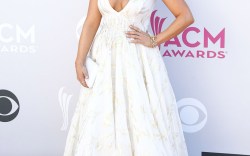 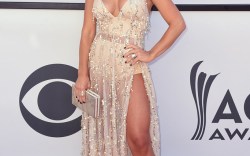 The 2017 ACM Awards (Academy of Country Music) brought out some vibrant styles on Sunday when musicians hit the red carpet in Las Vegas.

Many of country music’s biggest names opted for elegant, sleek looks for the 52nd annual ceremony, airing live at 8 p.m. ET on CBS.

Her sandals from the footwear label features a 4-inch heel and suede in “blood red.” The shoes are available for $475 online.

McGraw was dapper in a tailored gray suit, hat, and black boots.

Nicole Kidman cut a ladylike figure in a floor-length gown that featured embroidered detail, and her husband, Keith Urban, didn’t take traditional cues with his ensemble. The country crooner teamed a polka dot suit with a red skinny tie and black combat boots.

Miranda Lambert paired her flowy white and gold dress with Ruthie Davis shoes as she stepped out alongside boyfriend Anderson East. Lambert stepped out in a floor-length white gown that featured gold detail, and her beau went with a black suit and dress shoes.

Click through the gallery to see more entertainers on the red carpet at the 2017 ACM Awards.

The Albert 2 is designed to deliver unmatched data, an authentic retail experience and opportunities for revenue growth.
Learn More

In partnership with Aetrex