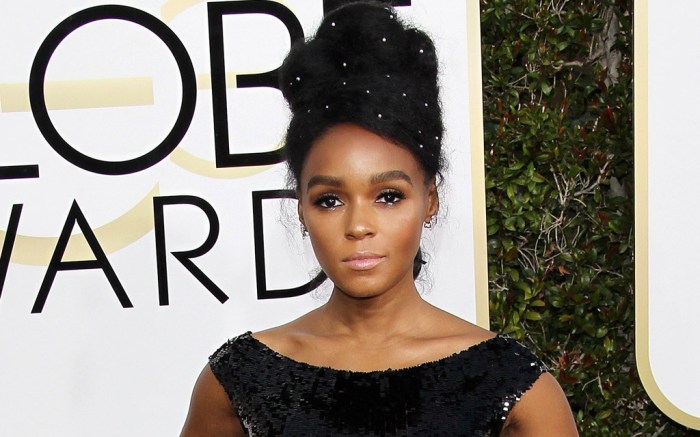 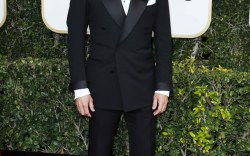 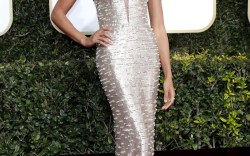 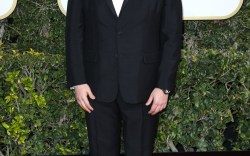 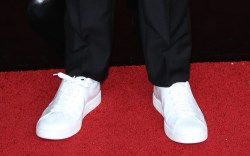 This year’s Golden Globe Awards red carpet served up plenty of stunning gowns, but what about the shoes?

While many dresses hid the heels, there were a few standout shoes worth noting. Designer Sophia Webster provided several of those moments. Up-and-coming 12-year-old “Stranger Things” actress Millie Bobby Brown wore the designer’s silver sandals with floral appliqués, while Kerry Washington wore the designer’s celeb-favored Rosalind satin-and-crystal sandals with an added jewel on one sandal.

Singer and actress Janelle Monáe also went with some sparkle for her shoes in a pair of Giuseppe Zanotti jeweled strappy sandals. She finished off the look with a cool graphic pedicure.

Heidi Klum’s look was a lesson in styling. The supermodel allowed her J. Mendel dress to do all the talking, pairing it with simple Giuseppe Zanotti slingback sandals. Jessica Biel, who attended with husband Justin Timberlake, did the same. She finished off her Elie Saab gown — complete with a plunging neckline and full skirt — with Salvatore Ferragamo black platform sandals.

As for the guys, Pharrell Williams eschewed his beloved sneakers and boots for a high-fashion look by Chanel.

Want to see more from the Golden Globes red carpet? Click through the gallery below.

Miss Golden Globe Through the Years