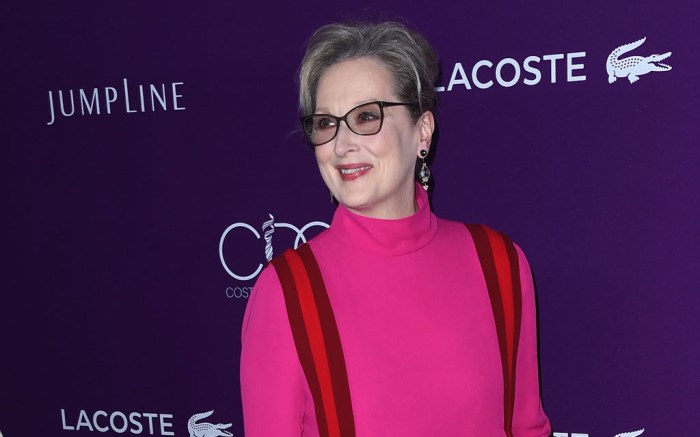 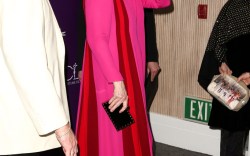 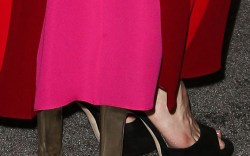 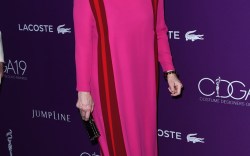 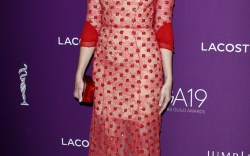 If the acting thing doesn’t work out, the Costume Designers Guild probably could make some room for Meryl Streep.

The three-time Oscar winner was feted on Tuesday with the Distinguished Collaborator Award at the association’s 19th award ceremony in Los Angeles at The Beverly Hilton, presented by Lacoste.

The annual CDGA gala, determined by voting members of the Guild, recognized achievement in film, television and short-form costume design.

Streep’s award lauded her collaborations with costume designers and her years of supporting the craft.

The “Florence Foster Jenkins” star majored in costume design while in college before getting bitten by the acting bug, she recalled onstage.

“This means a lot to me, not because I wanted to be a costume designer, but because my mother really wanted to be a costume designer,” she said. “Halloween was like the run-up to Fashion Week in our house — and she was so inventive.” Streep added that some of the highlights from childhood included dressing as the Statue of Liberty and a harem dancer.

“This Is Us” star Mandy Moore emceed the event, and presenters included actor Matthew Bomer, Jane Fonda and Lily Tomlin.

Below are the winners in seven categories.

Click here to view more photos from the CDGA gala.