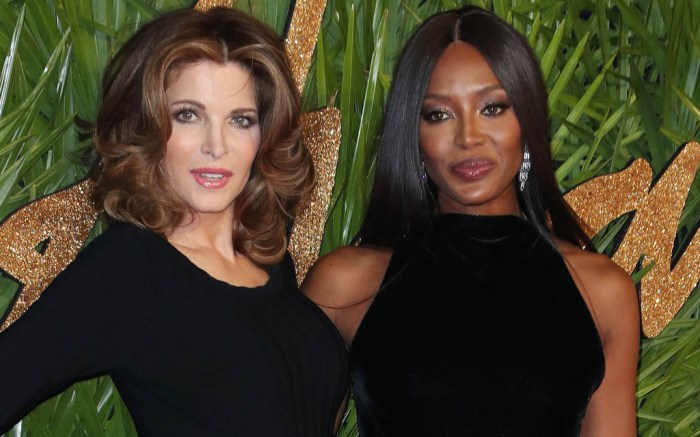 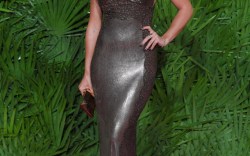 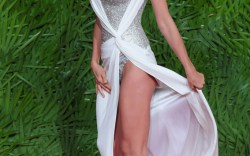 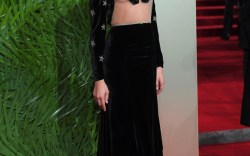 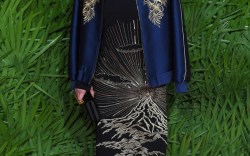 It was a family reunion tonight in London at the 2017 British Fashion Awards when late designer Azzedine Alaïa’s “daughters” gathered to celebrate his memory.

Alaïa’s died on Nov. 23 at age 77 from a heart attack. Naomi Campbell joined some of Alaïa’s other favorite models, including Stephanie Seymour, Farida Khelfa, Carla Bruni and Veronica Webb, and told her fans that the women were honoring him at the big event.

Some of the other highlights that evening included awards for Raf Simons, named Designer of the Year; Stella McCartney, who won the Innovation award; Virgil Abloh received the Urban Luxe Brand honor for Off-White; and Jonathan Anderson was named Accessories Designer of the Year for Loewe.

Of course, the biggest show was on the red carpet when fashionn tastemakers arrived to celebrate with the honorees.

Model of the Year winner Adwoa Aboah sparkled in a blue and blush sequined cocktail dress with towering black sandals that had silver fringe material on the platforms.

See Zendaya, Rita Ora and more of the celebrities who hit the red carpet at the 2017 British Fashion Awards.