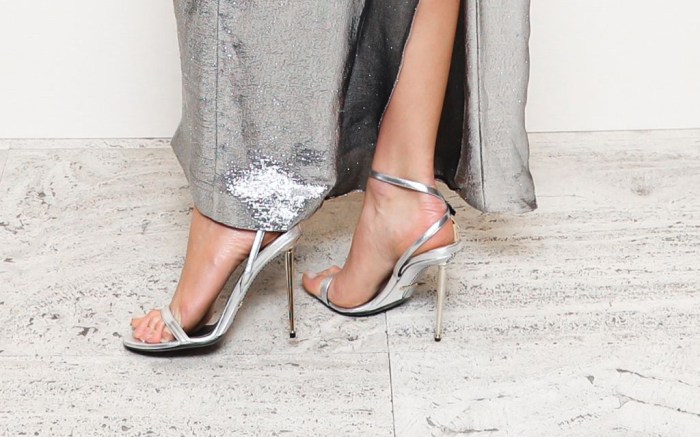 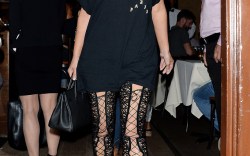 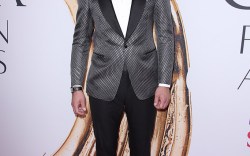 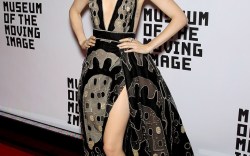 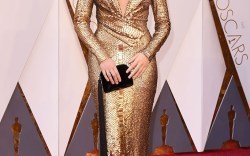 Tom Ford is more than a celebrated fashion designer — he’s also nominated for the Best Director honor at the Golden Globes, which will take place today at The Beverly Hilton in Beverly Hills, Calif. His film “Nocturnal Animals” is a stylish thriller starring Jake Gyllenhaal and Amy Adams, who has worn Ford’s clothes on the red carpet many times.

In advance of the awards show, we’re taking a look at some of the best Tom Ford looks to dominate the red carpet last year. Of course, the designer’s fall ’16 presentation, held in September, saw a fashion-forward crowd step out in his designs. Karlie Kloss wore strappy Tom Ford stiletto sandals and a metallic gown, while Zayn Malik looked sharp in a double-breasted suit and black dress shoes.

At the 2016 Golden Globes, Julianne Moore wore a blue sequin gown by Tom Ford (and she brought the designer as her guest, too). Later, at the 2016 Academy Awards, Margot Robbie wore a stunning Tom Ford gold snakeskin gown.

Amy Adams also stepped out in the designer multiple times at the 2016 Venice Film Festival, when she was promoting “Nocturnal Animals.” At a photo call, she wore strappy black Tom Ford sandals. Later, at the film’s red-carpet premiere, she wore a Tom Ford rose gold gown.

For more Tom Ford looks, click through the gallery.

The Best Shoe Moments on the Red Carpet in 2016