What It’s Really Like for Celebrity Stylists During Awards Season 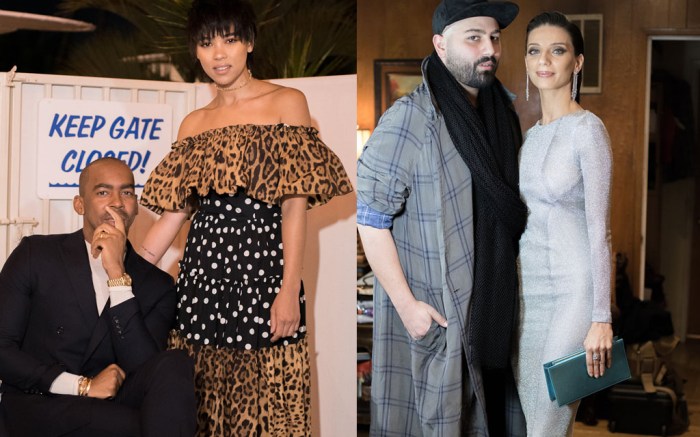 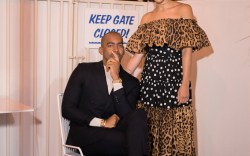 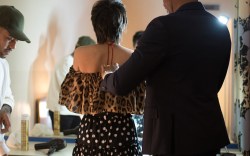 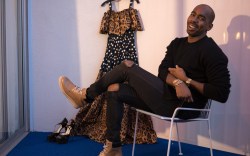 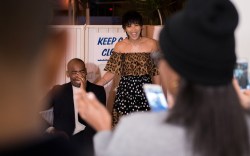 Celebrity stylists are the true beauty brokers in Hollywood. And it’s no wonder: They have the power to change an entertainer’s image from starlet to style icon.

There’s no busier time for stylists than during awards season, which for the 2016-17 cycle began Dec. 12 with the Critics’ Choice Awards and will wrap Sunday with the Academy Awards, airing at 7 p.m. ET on ABC. (In between are the People’s Choice Awards, the Golden Globes, the Grammys and more.) And it’s up to stylists to beg, borrow and deliver a fabulous fashion moment for high-profile clients at some of the world’s most-watched events.

That’s showbiz — and that’s not easy.

“It’s sort of like the Super Bowl: You’re all but tackling other stylists to get the dress,” said stylist Avo Yermagyan, who counts Demi Lovato and Nick Jonas among his clients. “There’s a limited amount of inventory for multiple artists for all the award shows and the surrounding events: the brunches, lunches, pre-parties and after-parties. There’s a lot of negotiating and begging.”

Yermagyan let FN observe him in action in Los Angeles last month at the home of “Westworld” actress Angela Sarafyan, whom he dolled up for Entertainment Weekly’s pre-SAG Awards party.

For the soiree, Sarafyan donned a silver Galvan dress, Stuart Weitzman heels and minimalist dangling earrings by Maxior that Yermagyan said inspired the whole package. “Sometimes it starts with the accessory — and then everything else supports it and makes it sing,” Yermagyan said.

The camaraderie between Yermagyan and Sarafyan goes back several years and is based on a shared artistic trust and friendship outside of business.

They met five years ago while Yermagyan was working on an editorial for L.A.’s Flaunt magazine, not long after he started styling. “It was around the time Angela was doing ‘Twilight.’ She was fantastic then, and to see her flourish the way she has is incredible,” he said.

Like many of the professionals FN spoke with, Yermagyan came to the business by chance. He was working in publicity when he had a fateful encounter with photographer David LaChapelle. “David was in L.A. and didn’t have a stylist, so by default I styled [an artist for him] for the shoot,” Yermagyan recalled. “He told me I need to be doing styling, so I took the other fork in the road and never went back.”

The same goes for stylist Jason Bolden, who left medical school in Chicago to pursue a career in fashion, and after landing a job in luxury retail with Cynthia Rowley, got a big styling break. “I always had celebrity clients that I interfaced with [through my job],” he said. “But my first celebrity client was Gabrielle Union, who is one of my best friends. That was 2010 or 2011.” Today, Bolden’s client list still includes Union, as well as other boldface names such as Taraji P. Henson and Mary J. Blige.

Lindsay Flores, who works with Halle Berry, Christina Applegate and Julie Benz, found her way to styling in a more organic way. “My family had a very successful retail store for 30 years that catered to fashion stylists and costume designers, so I worked there right after high school and met a lot of wonderful influences,” she said. “I worked for a stylist for many years and then went out on my own.”

While they live and work in the entertainment capitals among the most glamorous people in the world, the reality of being a celebrity stylist is not always glitzy.

“A lot of it is time management — and fashion, in general, is so last minute,” confessed Wilford Lenov, the stylist for musical artists such as Ashanti and Bebe Rexha. “It challenges you as a stylist. I’ve had moments where clients ask for things last minute and I have to ask for favors.”

There is also the financial burden of being responsible for thousands of dollars worth of merchandise. The earrings that Sarafyan wore for that SAG pre-party, for instance, cost around $500,000. “We are extremely careful with merchandise, and there’s a lot of pressure,” said Yermagyan.

But even in the best circumstances, things go wrong, as Lenov recalled: “As a stylist, you’re signing your life away. It literally says, ‘If you don’t return this, you owe 7,000-plus dollars.’ But luggage gets lost at airports. I was with Bebe once, and we were traveling to Germany and they lost her luggage. In that bag, she had $20,000 in jewelry and shoes that we had just bought — Balmain, Margiela and YSL from Barneys. So I showed up to the airport and found it stuck in the corner. These things happen. It’s just life.”

For Bolden, one of the biggest challenges of the job is beating the competition to nab the best fashion items. So over the years, he’s developed an aggressive strategy. “It’s very competitive, but it’s all about relationships and the early bird gets the worm,” he said. “If I know that Dior is walking tomorrow at noon in Paris, I’ve already sent an email out or a text. That just happened with Taraji for the SAGs. Before the show even happened, I reached out for something that didn’t even walk yet [on the runway].” Henson ended up hitting the SAG red carpet in an ethereal Reem Acra dress and Jimmy Choo heels.

FN went behind the scenes with Bolden last month as he was dressing “X-Men: Apocalypse” actress Alexandra Shipp for the Harper’s Bazaar 150 Most Fashionable Women party. Shipp opted for a Dolce & Gabbana dress and towering Brian Atwood heels.

“I’ve been blessed to work with girls who aren’t fussy at all,” Bolden said. “Alex is wearing a Brian Atwood 6-inch platform, but we went with the most comfortable 6-inch platform. That was my bargain.”

He added, “She’s down for whatever and there’s no resistance to anything when it comes to clothes. All of my girls are like that; all my guys are like that.”

Bolden noted that much of his business comes through word-of-mouth referrals.

But social media is becoming a much bigger factor in the business, allowing actresses to discover and vet stylists online. “They can go through your book [on Instagram],” said Bolden. “It’s a blessing and curse, but it spreads you out to everyone.”

And now more than ever, in part because of social media, celebrity stylists are becoming celebrities in and of themselves.

Take Rachel Zoe, one of the first to step into the limelight to claim her own level of fame and start a footwear and ready-to-wear collection. Neil J. Rodgers — the stylist to Beyoncé, Anna Kendrick and others — has followed suit. Last fall, he debuted his own namesake shoe collection, created specifically with red carpets in mind.

But with a higher level of visibility for stylists comes a higher level of scrutiny — namely in the form of those dreaded best- and worst-dressed lists. News outlets across the globe (including Footwear News) now cover each awards show appearance in minute detail.

Lenov said he tries to avoid looking at press coverage, “but I’m guilty of going through social media accounts and looking at comments. I haven’t gotten anything negative yet, but I’ve gotten nice personal messages. Especially with Ashanti, she’s getting noticed now with a fashion eye and a lot of people are tagging and mentioning me.”

For Yermagyan, he stays away from outside critiques all together. “Taste is so subjective and you can’t look for that kind of validation,” he said. “The validation I need is from the client. When you find a guy and the right shoe, their posture changes — the same with a woman. As long as they look like they have the confidence, my job is complete.”

Below, stylists fess up about heels that hurt and what’s in their bags.

Footwear News: What’s in your styling kit?
Neil J. Rodgers: “The kit is standard and built up over years — everything from double-sided tape to stitching kits to chicken fillets that go in a bra. You’re always kind of concerned about slippery surfaces, so a lot of the time you’ll bring pads for the bottom of the soles, which prevents slipping. And then pads for comfort for inside the shoe. You bring a hole punch to put extra holes in straps to make sure ankle straps fit. And shoelaces for guys — they are always splitting in half, so you always bring extra of those.”

Lindsay Flores: “Everything from safety pins, sewing kits, every color thread to seamless panties, deodorant and Advil — it’s like the Mary Poppins bag of tricks. I always keep a variety of shoes: Metallics are always great to have on-hand, and nude, black and a pop of color. I always keep a classic high closed-toe single-sole heel, and an open-toe strappy number.”

Which event is the most fun to style?
Wilford Lenov: “Any MTV awards show — the movie or music awards. You’re allowed to do anything that’s fun or sexy.”

Avo Yermagyan: “The Grammys because musicians are very daring with their choice of looks. There aren’t as many parameters to stay within for dressing. The chance to dress someone is a thrill.”

Jason Bolden: “The NAACP Image Awards because I have every brown girl on the planet. Each season none of them know, but each one has a certain style I’m giving them. Like last year, one was ultra sexy, one was black Barbie, the other was super-smart and chic, the other was whimsical. So when I see them, they’re like, ‘Oh my god, you didn’t show me that dress!’ So it’s always interesting.”

What’s your philosophy on uncomfortable heels?
Yermagyan: “You absolutely need it. Sometimes you get pushback from the client, but the red carpet is not the place for comfort.

Bolden: “It’s all about the look for me. I need height. It’s the walk and sit of it all — you walk in, get the photo and then sit.”

Flores: “Fashion always comes first, period. All my girls are masters of commanding the red carpet in a fabulous heel, painful or not.”