Katy Perry Sizzled in Sandals, But Her Falling Backup Dancer Brought Down the House 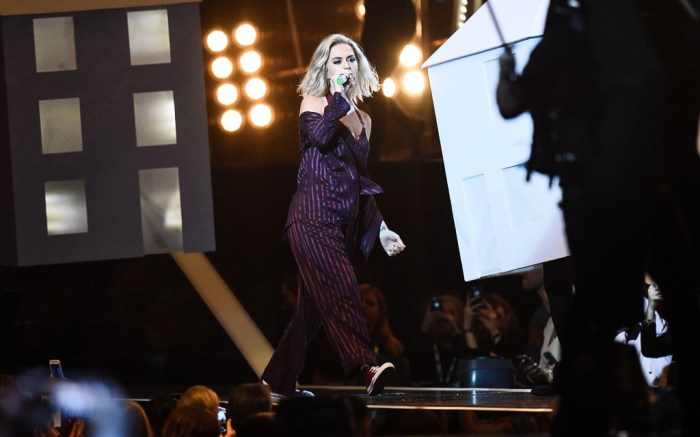 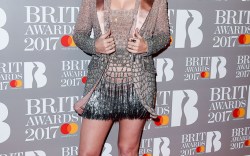 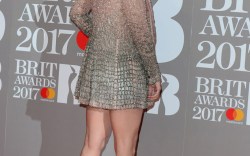 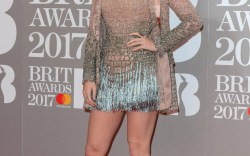 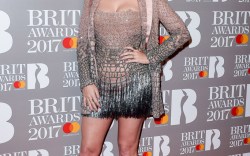 The 2017 Brit Awards brought out some bombshell styles today in London.

Among them, Katy Perry arrived on the red carpet in a pair of sultry pink sandals that she teamed with a pink and gray Atelier Versace blazer and a matching fringe minidress.

There was no shortage of sparkles throughout the heavily embellished frock, from the beading around the bodice down to the shimmery fringe detail.

Pity that her style moment was overshadowed by yet another stage blunder-gone-viral later when she performed “Chained to the Rhythm” with Skip Marley. After changing into a striped suit and sneakers for the number, the shoe designer’s backup dancers were clad in oversized costumes that resembled houses — and one of the hoofers who couldn’t see clearly fell off the stage.

Much like her 2015 Super Bowl Halftime Show, in which a dancer dressed as a shark performed moves that were out of sync because of his costume, Twitter reacted en masse with fans sharing clips of the flub. Dubbed “Left Shark,” her backup dancer Bryan Gaw basked in internet fame.

Some of the other musicians who rocked the red carpet included Ellie Goulding, who arrived in a black and metallic halter dress with the pumps to match; Charli XCX, who wore crystal-studded pink sandals and a purple one-shoulder dress; and Rita Ora, who looked stunning in a heavily embellished green semi-sheer beaded gown and matching sandals.

Click through the gallery to see Ed Sheeran, Brooklyn Beckham, Ellie Goulding and more celebrities on the red carpet.