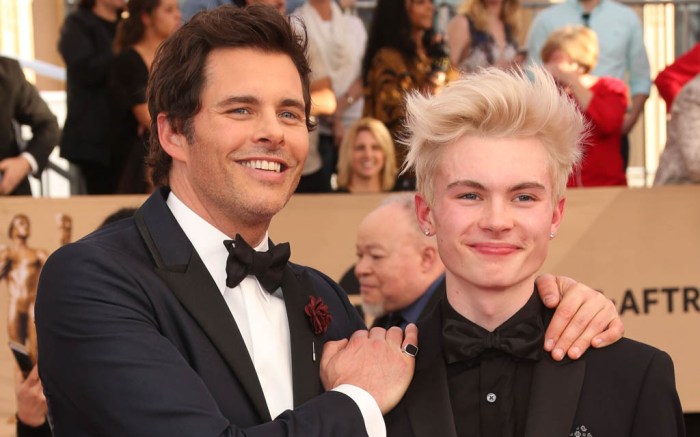 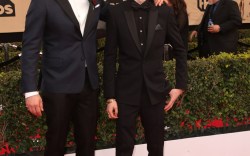 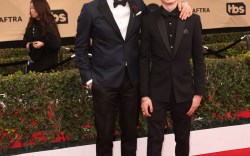 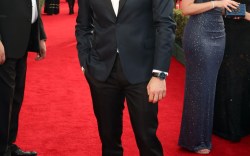 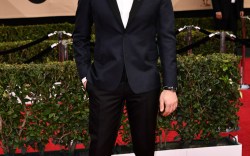 “Westworld” actor James Marsden and his son Jack, 15, share a striking resemblance. But when it comes to style sense, that’s one trait they don’t share.

The 43-year-old hit the red carpet at the 23rd Annual Screen Actors Guild Awards today with his bleach-blond teen by his side. The pair donned black suits for James’ nomination in the Outstanding Ensemble in a Drama Series category for his HBO role as Teddy Flood in the show opposite actresses Evan Rachel Wood, Thandie Newton and Angela Sarafyan.

Speaking to Footwear News in a previous interview, the Marsden confessed that his interest in shoes and apparel are simple, but his son, an aspiring musician, is the one in the family who embraces a different style.

“He’s an absolute sneakerhead and cleans them all night,” the actor said of his son. “I love good, simple classic fashion. When I’m not doing things like this (red carpets) I’m a T-shirt and jeans kind of guy — that’s me.”

On “Westworld,” Marsden wears Old Western period costumes and boots, as do his costars Newton and Sarafyan, who play android brothel hostesses, and Wood, who portrays an android farm girl hostess.

Click through the gallery below to see more photos of James Marsden and Jack on the 2017 SAG Awards red carpet.