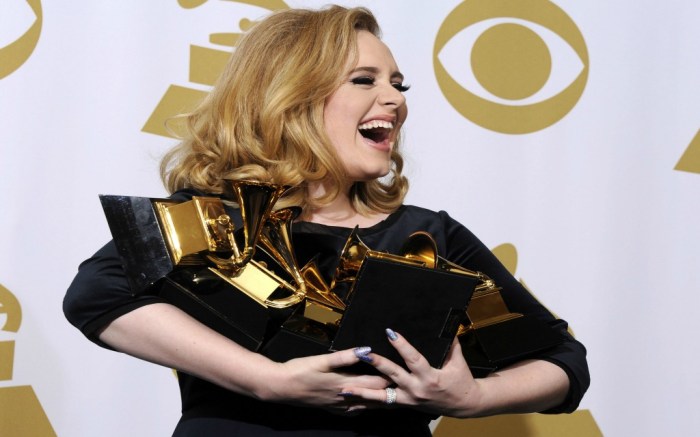 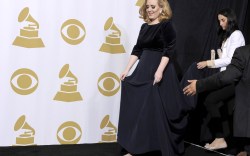 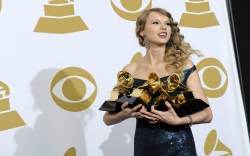 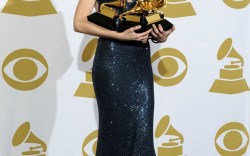 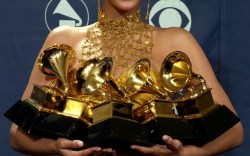 With the 59th annual Grammy Awards commencing tomorrow, we can’t help but reminisce on years past.

The unapologetic glamour, the unforgettable speeches, the iconic gowns — and of course, the stars who single-handedly made history by bringing home not one or two, but several golden trophies.

Chances are, you remember some of these truly jaw-dropping moments in music. But if not, we’re here to take you down memory lane to highlight the artists who made Grammys history ahead of the big show, airing 8 p.m. ET on CBS.

In 2012, Adele wowed in a navy Burberry gown as she took home six Grammys that night, matching Beyoncé’s record from 2004.

The moment the British songbird made her way backstage to address the media, she kicked off her heels and took advantage of her floor-length gown’s hem that nearly concealed her bare feet.

Speaking of Beyoncé at the 2004 Grammys, here she is in head-to-toe gold, matching her six awards. The superstar stunned in a gown designed for the occasion by her mother, Tina Knowles.

Back in 1999, Lauryn Hill made waves in this Giorgio Armani two-piece outfit as she picked up five Grammys that night.

Check out the gallery for more photos.

The Best Red-Carpet Looks at the 2017 SAG Awards