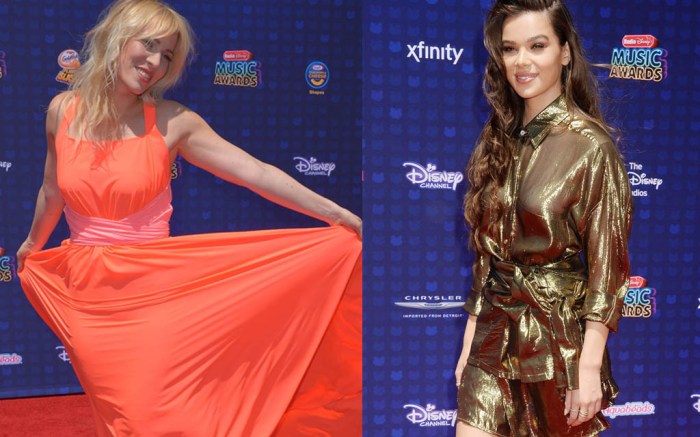 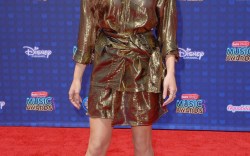 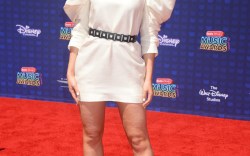 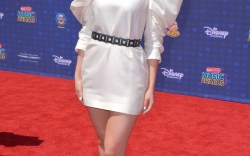 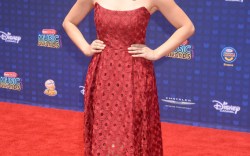 Both young budding musicians and established hitmakers stepped out in style in Los Angeles for the fifth annual ceremony, which was pre-recorded and will air at 7 p.m. ET on the Disney Channel on Sunday.

Natasha Bedingfield made a whimsical arrival in a billowing orange “highlighter pen” dress that she teamed with iridescent chunky platform sandals.

The pop star lifted the skirt by the hem and twirled the outfit around while spinning in her purple-metallic shoes, which featured two thick straps around the toes and a T-bar strap.

“So much fun at Disney radio awards today,” she said on Instagram. “Here’s another boomerang of my highlighter pen coloured dress.”

Meanwhile, singer-actress Hailee Steinfeld was golden from head-to-toe, teaming a layered, button-down shirt dress with matching sandals that had thin straps around the ankle and toe bed, and a thin stiletto heel.

Noah Cyrus had on a deconstructed kimono-style ensemble that featured a belted mini dress with embroidered floral detail and roomy sleeves that incorporated black lace panels. The singer completed the look with black patent leather platform sandals by Ruthie Davis.

Click through the gallery to view more styles from the red carpet.